Hanoi has seen the continuation of a court trial highlighting one of the largest graft cases in the history of Vietnam. Over 50 bankers in the Asian nation stand accused of embezzlement, mismanagement and corruption. 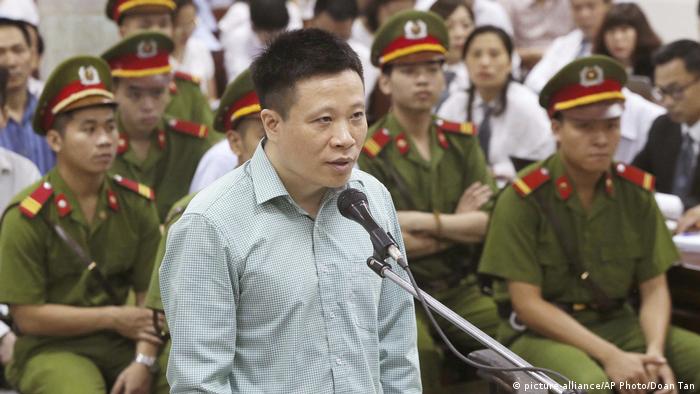 Fifty-one defendants are on trial in Vietnam for embezzling money from a state-owned lender. The accused were employees of Ocean Bank, which partially belonged to state-run energy company PetroVietnam.

The trial had originally begun in February but was adjourned to allow investigators time to gather more evidence.

Police have since alleged that Tham approved a $23.5 million (19.7 million-euro) loan for Pham Cong Danh, the former chairman of Vietnam Construction Bank, without receiving the required collateral.

Danh is already serving a 30-year prison term and has joined Tham as a defendant in the newly resumed trial.

All in all, the bankers in question are believed to have caused $69 million in losses.

In May 2015, the State Bank of Vietnam took over Ocean Bank after the lender reported losses of $445 million and bad debts accounting for almost 50 percent of its total outstanding loans.

Vietnam ranks 113 out of 176 countries in Transparency International's 2016 corruption index.

The government has stepped up its anti-graft drive in recent years, with courts sentencing several senior executives to death.

The United States and Vietnam have signed a number of business deals in an effort to boost bilateral trade relations. The contracts came after Donald Trump pulled out of the Trans-Pacific Partnership (TPP) trade pact. (01.06.2017)

German Interior Minister Horst Seehofer has banned the far-right group "Sturmbrigade 44." The announcement came after a series of police raids against group members.