The United States and Vietnam have signed a number of business deals in an effort to boost bilateral trade relations. The contracts came after Donald Trump pulled out of the Trans-Pacific Partnership (TPP) trade pact. 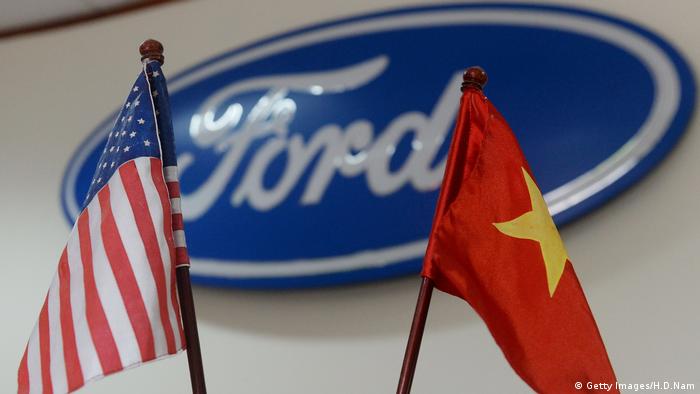 Vietnam and the US signed $8 billion (7.1 billion euros) in deals, including a massive contract with a Vietnamese budget carrier.

The deals were announced during a visit by Vietnamese Prime minister Nguyen Xuan Phuc to the White House, a trip aimed at drumming up trade ties after US President Donald Trump pulled out of the TPP Asia-Pacific Trade Pact earlier this year, decrying it as a job killer.

Vietnam had stood to gain enormously from that pact before the US withdrawal and has been aggressively courting Washington to bolster business ties. Phuc was the first Southeast Asian leader to visit the White House under Trump.

"We strongly believe that this agreement will promote economic and trade exchange between the two countries and create many jobs for the two peoples," Vietjet CEO Nguyen Thi Phuong Thao said in a statement. She's the country's first and only billionaire.

Other deals were signed in the sectors of hospitality, science and technology and energy.

"The growth of the middle class and the increasing purchasing power in Vietnam are further incentives to strengthening our long-term trade and investment relationship," said US Secretary of Commerce Wilbur Ross.

Donald Trump is scheduled to visit the Asian nation in November for the Asia-Pacific Economic Cooperation leaders' summit.

TOPModel uses a cast of 14 dolls to market its stationery and makeup products to girls. A German initiative to challenge harmful messages in ads has just awarded the brand a prize for "absurd gender marketing."