Thousands of Venezuelans broke through barricades set up by the government on the Simon Bolivar bridge. Meanwhile, Colombia accused Russia of "distorting" its position on a military intervention in Venezuela. 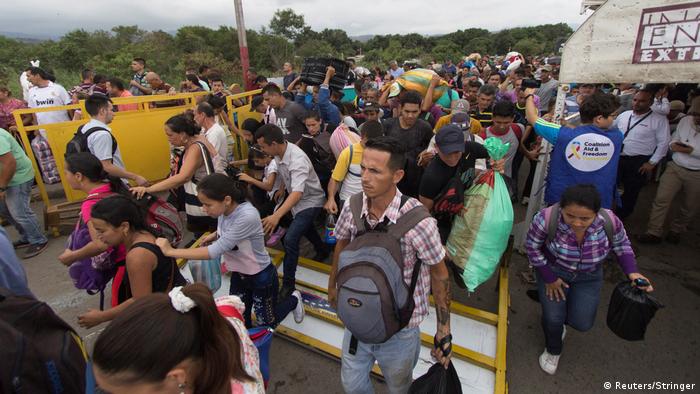 Thousands of Venezuelans broke through barricades on a bridge linking Venezuela with Colombia, according to the migration office in Bogota.

Some climbed over containers that the Venezuelan military had placed on the Simon Bolivar bridge to block access to the Colombian border city of Cucuta.

In February, Venezuelan leader Nicolas Maduro ordered the military to put up barricades on several border crossings to block US-backed efforts to bring hundreds of tons of humanitarian aid into Venezuela.

Many Venezuelans have since tried to cross the border across the Tachira River to find food, medicines and work in Colombia. However, recent torrential rains has made that impossible.

The head of Colombia's migration agency warned Venezuela that it was responsible for the safety of its citizens crossing the border.

"The usurper Maduro is responsible for anything that may happen to the population that is transiting between the two countries," Christian Kruger said. 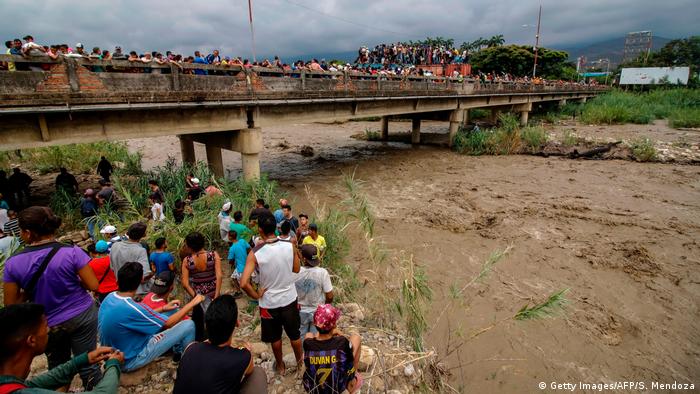 Meanwhile, Colombia criticized a declaration by Russia's parliament that warned against attempts to oust Maduro.

The declaration, which was issued in February, said the parliament "condemns inflammatory statements by representatives of the Venezuelan opposition and foreign politicians calling for violence and the overthrow of the legitimate government."

Colombian Foreign Minister Carlos Holmes Trujillo said the "accusations" contained in the declaration "do not correspond to reality and constitute a distortion of Colombia's position, shared by several countries of the region."

A democratic transition in Venezuela needs to be "carried out by Venezuelans themselves ... without the use of force," he added. 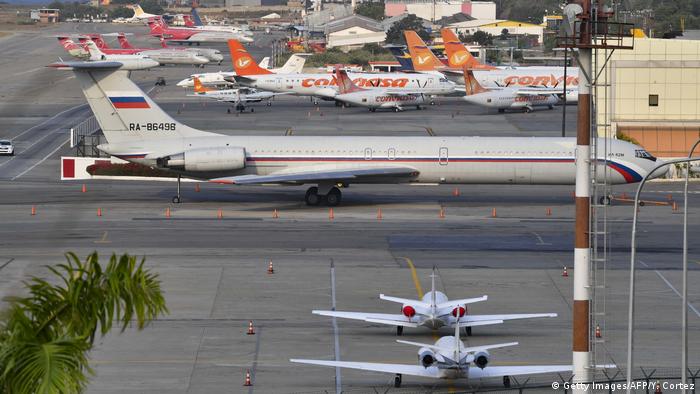 Russian military personnel in Venezuela have raised tensions in the region

More than 50 countries, including the United States and Germany, recognize Guaido as Venezuela's interim president.

Venezuela's auditor general has stripped the country's opposition leader and self-declared president Juan Guaido of holding public posts. Guaido said there was a good reason to ignore the order. (28.03.2019)