The US has accused Venezuelan Vice President Tarek El Aissami of being a drug "kingpin." This is one of a series of allegations Washington has brought against the South American nation. Tobias Käufer reports from Bogota. 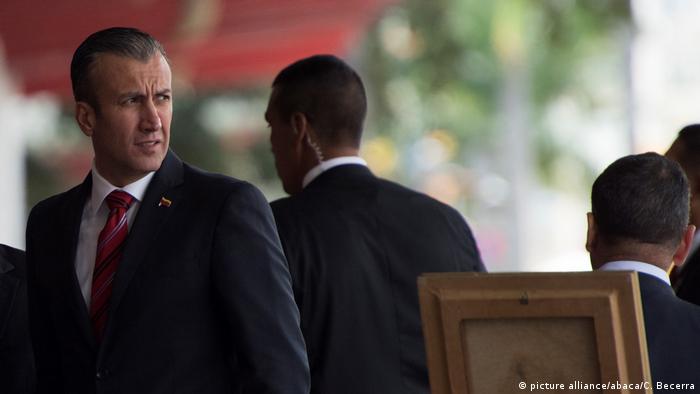 Venezuela's socialists see Tarek El Aissami as a future leader. The 42-year-old career politician has risen quickly up the party ranks to advance to the center of power. He was 33 years old when the revolutionary leader Hugo Chavez appointed him minister of the interior and granted him access to police and security services in the South American country. Just weeks ago, President Nicolas Maduro made him his deputy, sending a signal domestically and abroad that Venezuela's crisis-ridden leader had chosen his successor.

But now El Aissami of all people is under suspicion for drug trafficking - at least that is what Washington says. The United States government imposed sanctions against the politician  and blacklisted him as an international drug trafficker. His assets in the US have been frozen, so no one can conduct business with him in the country without being penalized. Sources in Washington claim that El Aissami and his confidante, Samark Lopez Bello, have overseen international trafficking activities worth millions of dollars.

El Aissami sees himself as a victim. He stated that the US was using this strategy against an "anti-imperialist revolutionary" and uttered his rallying cry, "Venceremos!" ("We shall overcome") in response to the presumed challenge. His reaction was reminiscent of South American soccer functionaries pleading innocent when confronted with corruption charges brought against them by US justice authorities who were investigating FIFA irregularities. The accused FIFA officials complained that the allegations were part of a slander campaign. 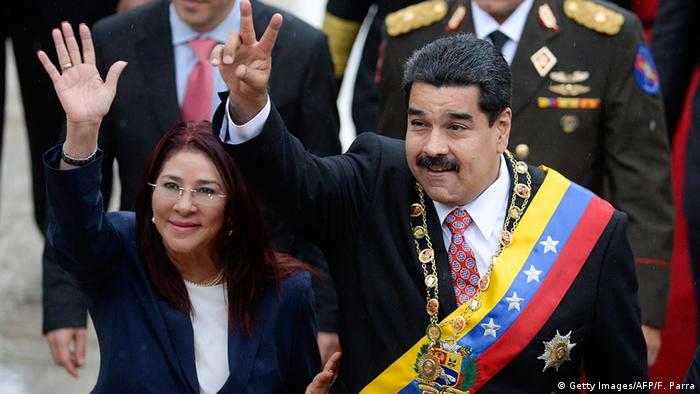 The entire Venezuelan case, however, is different. It is not the first time that US Drug Enforcement Administration (DEA) investigations have targeted Caracas. Examining the situation from today's perspective, there are other cases in which Venezuela does not look good. The drug trial of Francisco Flores and Efrain Campo, the nephews of the Venezuelan First Lady Cilia Flores, has strained relations between Washington and Caracas.

US justice authorities convicted the two men on drug charges. Prosecutors say that the first lady's nephews plotted to smuggle around 800 kilograms of cocaine to the US through Honduras. Investigators have provided evidence; however, the president's family claims that the witnesses were bribed. Nonetheless, there are voice recordings of the nephews boasting about their complete control over the president's hangar at Maiquetia airport, just outside the gates of the Venezuela capital.

Another person who is allegedly involved in international drug trafficking is Diosdado Cabello, the former speaker of Venezuela's legislature and an influential power broker. The "Wall Street Journal" newspaper reported that Cabello was the head of drug smuggling ring. Like El Aissami, Cabello apparently made use of his unlimited access to the country's airports to organize drug trafficking operations between Venezuela, Mexico and the US. High-ranking military officials apparently helped both politicians. 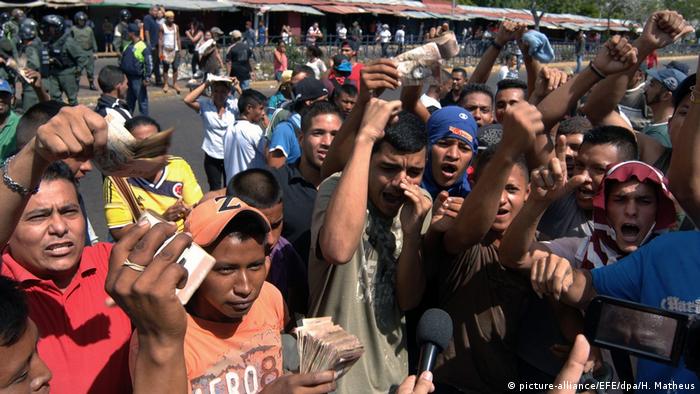 A matter of credibility

The allegations weigh heavily and will shape the diplomatic relationship between the two countries in the months to come. If they are confirmed, then it may explain why Venezuelan leaders so vehemently oppose democratic change in the country - even though the electorate wants political change, mass protests are being held and the Vatican is trying to mediate. The government may just want to protect its own business.

If the allegations prove to be false, then the DEA will be confronted with considerable problems in the next few years. Its credibility is at stake.

Brittney Griner trial continues in Russia: What you need to know 01.07.2022

WNBA star Brittney Griner is standing trial in Moscow on drug charges. She could now be part of a prisoner swap. DW fills you in on her arrest, the charges she faces and her chances of returning home to the USA.