Venezuela pleads to UN for help as medicine supplies dry up

Venezuela's Nicolas Maduro has said he asked the United Nations for help in boosting his country's medicine supplies. Hospitals in the country are reportedly running on just 3 percent of the supplies they need. 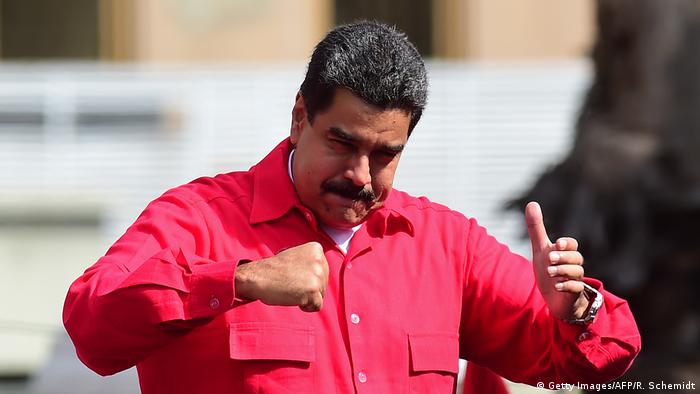 Maduro's admission on Friday that Venezuela was battling a crippling medicine shortage was a rare public admission of the desperate state the cash-strapped country finds itself in.

"I have asked the United Nations to regularize the whole medicine issue," Venezuela's president said in a broadcast on national television. "The United Nations has the most advanced plans to recover the pharmaceutical industry's productive capacity."

With the country in its fourth year of deep recession, reports of depleted pharmacies, as well as hospitals without antibiotics or cancer drugs have become commonplace.

According to the Venezuelan Medical Federation, hospitals are running with just 3 percent of the medicine and supplies they need.

Venezuela, home to the world's largest oil reserves, has been hit hard in recent years by falling oil prices. However, Maduro on Friday reiterated that the country's crippled economy was the victim of what he called an "economic war" waged by business interests seeking to destabilize his government.

"Resisting has been worth it. Socialism is worth it," Maduro said.

Maduro's admission marked a remarkable U-turn for a country that had previously prided itself on providing humanitarian aid to poorer nations.

Yet even as Maduro was making his admission, government aides were hosting a business forum entitled "Venezuelan Powerhouse," while cargo planes were dropping emergency supplies for victims of the floods in Peru.

That has prompted the opposition to decry the government's move to put further strain on supplies, saying that generosity should be reserved for Venezuelans.

The opposition has been trying tirelessly to force Maduro from power. In 2015, however, Maduro disavowed a landslide election loss and suspended a recall campaign. On Friday fourteen countries from North and South America issued a plea for Venezuela to "re-establish democracy" by releasing political prisoners and holding national polls.

The next elections are scheduled for 2018.