Authorities in Venezuela are planning daily power cuts to curb supply problems at the nation's hydroelectric plants. In a separate announcement, the country's largest brewery said it would be halting beer production. 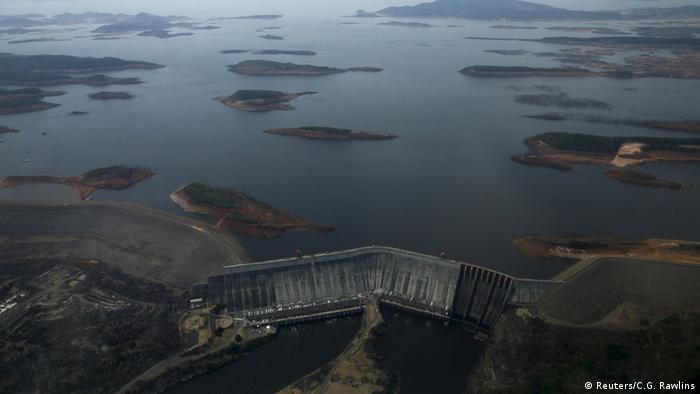 A plan to ration electricity would see four-hour cuts for the next 40 days, the government said on Thursday.

"There will be restrictions," Electricity Minister Luis Motta said in a televised address. "It's necessary, it's a sacrifice."

Power cuts are set to start on Monday, Motta added.

The plan is aimed at alleviating the pressure on the Guri hydroelectric dam, the largest power plant in Venezuela, where the long-running drought has driven water levels to historic lows.

The effects of the drought have been compounded by the El Nino weather phenomenon, which is pushing back the start of the rainy season. 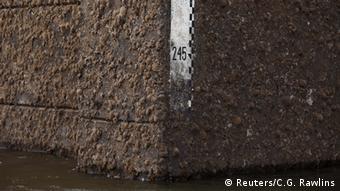 The Guri dam is one of the largest in the world, but the water levels are low due to drought

Government critics accused the administration of failing to boost production at the country's thermoelectric plants as an alternative to the Guri dam.

Venezuela also has the world's largest proven oil reserves, but Caracas has refused to use them to create electricity, labeling the process inefficient.

During last year, the economy shrunk by 5.7 percent and inflation rose more than 180 percent. The population is already struggling to obtain staple goods, including food and medicine.

Maduro, however, claimed the country is a victim of "economic war" backed by Washington.

Also on Thursday, the nation's leading brewery said it would be forced to halt beer production due to a barley shortage.

Cerveceria Polar said it would run out of barley before the end of April and that is unable to meet dollar payments to its importers due to government's currency restrictions.

"We have warned the country about the grave situation we are facing, and we have exhausted all options to run debts with our international suppliers, all the while waiting for the government to address the debt problem," the company said in a statement.

The brewery is part of Empresas Polar, the largest corporation in Venezuela. CEO Lorenzo Mendoza has repeatedly bumped heads with Maduro.