The Catholic Church issued new guidelines to the clergy, indicating they should contact police if there is suspected abuse. The Church had long opposed such an idea, saying it could lead to wrongful prosecution. 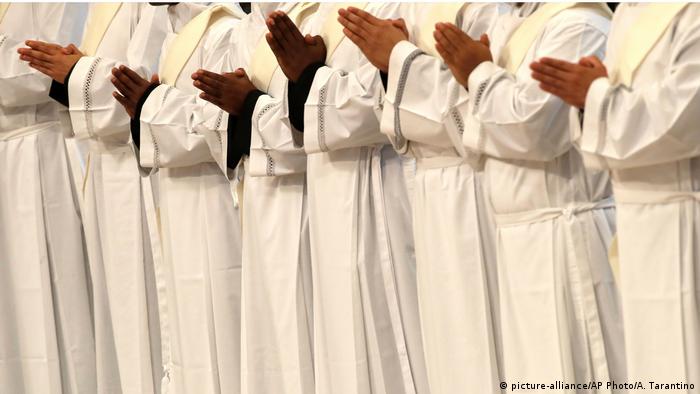 The Vatican published guidelines for bishops and other senior officials on Thursday on how to deal with child sex claims within the clergy.

The manual includes a form to be filled out detailing the alleged crime against minors. It also urged leaders to be serious about perceived small offenses and recommended going to the police, even if they were not legally required to do so.

It contains more than 160 guidelines for conduct, including not ignoring anonymous allegations, social media posts accusing a church member of misconduct, or allegations outside of the statute of limitations.

While the manual does not have the force of a new law in the church, it goes beyond the current policy on cooperating with law enforcement. That policy required bishops and religious superiors to report allegations only when legally required to.

The manual states: "Even in cases where there is no explicit legal obligation to do so, the ecclesiastical authorities should make a report to the competent civil authorities if this is considered necessary to protect the person involved or other minors from the danger of further criminal acts."

Bishops can be prosecuted canonically for negligence if they do not take accusations seriously.

The second in command at the Vatican's Congregation for the Doctrine of the Faith, the office for expanding and defending Catholicism, told Vatican Media "for the first time the procedure is described in an organized way — from the first report of a possible crime to the definitive conclusion of the case."

The Catholic Church has been in a decades-long scandal involving church officials sexually abusing children in countries around the world and that abuse being systematically covered up.

Anne Barrett Doyle, co-founder of Bishop Accountability, an online resource center about abuse in the church, said the manual's non-binding recommendation that bishops should report abuse was "incrementally better" than past Vatican decisions.

However, she said there was still work to be done. "We're past the point of ‘should.' There is nothing stopping the pope from ordering bishops and religious superior (to report) all allegations to civil authorities," with the exception of when it is not safe.

The Vatican has long refused to require bishops to report abuse allegations to police, arguing that it could lead to the unjust treatment of Catholics in areas where they are a minority.

Marcial Maciel, the founder of the Roman Catholic Legionaries of Christ order, was accused of child abuse in the mid-1990s but the Vatican only took action in 2006, possibly due to his links with the late John Paul II. (22.12.2019)