Valtteri Bottas set a track record as he claimed his first pole of the Formula One season in Austria. Mercedes teammate and championship leader Lewis Hamilton had to settle for second in qualifying. 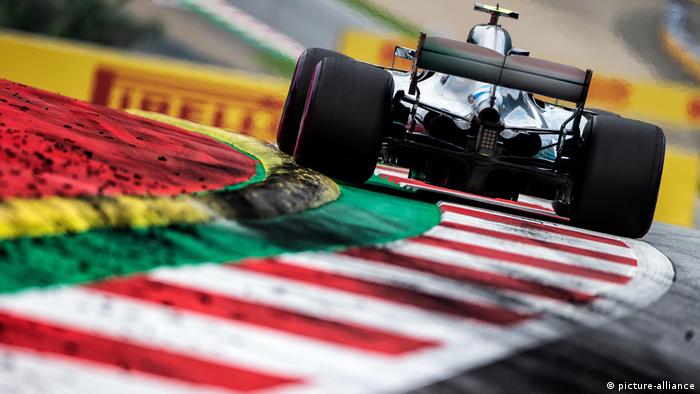 Bottas posted a 1 minute 3.130 seconds lap in Spielberg on Saturday as he clinched the fifth pole of his F1 career.

"We've been working to get the car well balanced with the new bits," Bottas said. "We did and the car felt so good. I knew in the last run there was still a tenth or so I could improve from the first run, I managed to find it and apparently I needed it."

Bottas is yet to take the checkered flag himself this season, but has finished second on the podium on four occasions. In qualifying though, he outshone his contemporaries with some fantastic driving.

Hamilton finished 0.019 seconds adrift on his final lap to take second with title rival Vettel third, three tenths of a second down. Kimi Raikkonen was fourth in the other Ferrari while Red Bull's Max Verstappen recovered from an electrical issue in final practice to take fifth.

Hamilton leads Vettel by 14 points going into Sunday's race which is the middle of a triple-header of grands prix in three consecutive weeks.

Hamilton and Bottas with Mercedes in 2019

The one-two pairing at the front of the grid in qualifying capped of a fantastic Saturday for Formula One world champions Mercedes, who confirmed earlier in the day that they would continue with existing drivers Hamilton and Bottas next season.

"I guarantee that in the coming year Lewis Hamilton and Valtteri Bottas will drive for Mercedes," Lauda told broadcaster ORF at qualifying for the Austrian Grand Prix. "That is settled."

The "Halo" safety device came to the rescue after Chinese driver Zhou Guanyu was involved in a horrific crash at the Silverstone Grand Prix on Sunday. Zhou was cleared of serious injury.