More than a month after the crowd chanted "equal pay" following their World Cup win, the US women's soccer team remain in conflict with their own federation. Talks have broken down and harsh words have been exchanged. 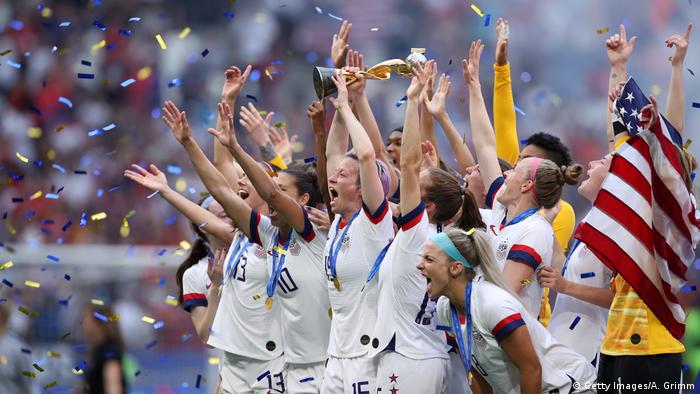 Players from the side who won their country's fourth World Cup in France last month say mediation talks with the U.S. Soccer Federation (USSF) over pay parity have broken down.

Molly Levinson, who represents the players in matters concerning the dispute, said in a statement released on Wednesday that the players look forward to a jury trial.

"We entered this week's mediation with representatives of USSF full of hope," Levinson said. "Today we must conclude these meetings sorely disappointed in the federation's determination to perpetuate fundamentally discriminatory workplace conditions and behavior."

Almost 30 players took USSF to court in March alleging they were consistently paid less than their male counterparts even though their performance has been superior to the men's team. The players' lawsuit claimed long term institutionalized gender discrimination within the federation, with travel conditions, medical personnel, promotion of games and training considered inferior for female players compared to those of their male counterparts.

USSF President Carlos Cordeiro claimed in late July that the women's team were paid more overall than the men's team between 2010 and 2018 but this is disputed by the female players. The two sides had hoped to resolve the issue in mediation but that now appears impossible. 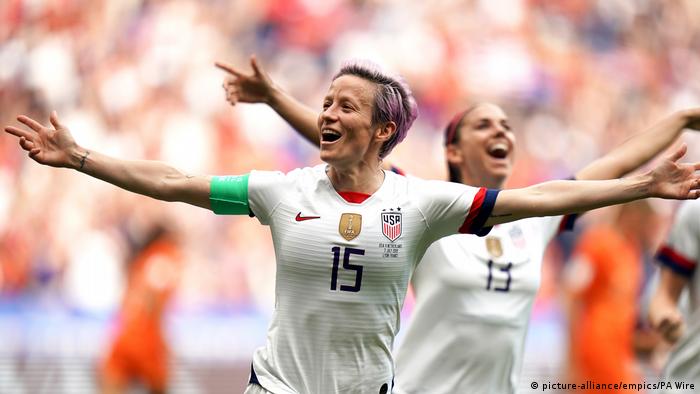 Megan Rapinoe was one of the stars of World Cup 2019

"We have said numerous times that our goal is to find a resolution," federation spokesman Neil Buethe said in a statement to Yahoo Sports.

"During mediation we had hoped we would be able to address the issues in a respectful manner and reach an agreement.

"Unfortunately, instead of allowing mediation to proceed in a considerate manner, plaintiffs' counsel took an aggressive and ultimately unproductive approach that follows months of presenting misleading information to the public in an effort to perpetuate confusion."

Levinson responded by saying she and those she represents are unbowed by the latest developments.

"We want all of our fans, sponsors, peers around the world, and women everywhere to know we are undaunted and will eagerly look forward to a jury trial" she said.

Football, a man's game? For decades people said it. But women have been helping to shape the sport for ages. Now, Joscha Weber argues, it's time for this to become more apparent with people like Stephanie Frappart. (15.08.2019)

With the US Women's team suing their own federation ahead of the World Cup, the discussion around football's gender pay disparity is growing. DW visited the first club in the world to publicly commit to pay equality. (06.05.2019)

FIFA say the next Women's World Cup will feature an additional six teams. After the success of this year's tournament, FIFA President Gianni Infantino sees now as the time to 'foster the growth of women's football'. (31.07.2019)