US wastes billions on private contractors in Afghanistan and Iraq | World | Breaking news and perspectives from around the globe | DW | 01.09.2011

US wastes billions on private contractors in Afghanistan and Iraq

For the past decade, private contractors have increasingly taken on essential military tasks during America's wars in Afghanistan and Iraq. A congressional commission has discovered widespread waste, fraud and abuse. 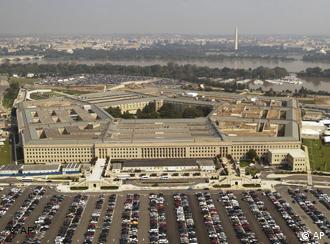 The Pentagon has become reliant on private contractors

The bipartisan congressional Wartime Contracting Commission has released a new report that documents the widespread waste, fraud and abuse committed at the hands of private companies contracted by the US Defense Department to assist with the war efforts in Afghanistan and Iraq.

Established in 2008, the commission has held countless meetings and hearings aimed at shedding light on the practices that governed how the US government commissioned private contractors over the course of the decade-long wars. Since 2002, the US government has spent $206 billion (144 billion euros) on such contractors and some 206,000 private security personnel have been deployed to the war zones, about equal to the number of American soldiers in Afghanistan and Iraq.

Some of the most egregious cases of waste defy logic. In Iraq, $40 million was invested in a prison that nobody wanted and whose construction was never completed. In Afghanistan, $300 million was spent on a power plant in Kabul, despite the fact that the Karzai government lacks both the money and expertise to keep the plant running. Such waste was matched with negligence. Several US soldiers died in Iraq because the electrical wiring in the showers at their barracks was not properly installed.

Two-thirds of the money was spent on "services," according to the commission. That money, however, went primarily to a small group of 22 companies. The largest beneficiary was the American firm KBR, which raked in almost $41 billion. Until 2007, KBR was the sister company of Halliburton, the corporation that Dick Cheney ran until he became the vice presidential candidate on George W. Bush's 2000 election campaign ticket.

Although the majority of the expenditures went to a small group of companies, exactly which firm received what monies is not always clear. The commission, for example, simply cannot account for the recipients of around $38.5 billion. As a consequence, these mystery companies have been given the ambiguous title "miscellaneous foreign vendors."

Not only did the sheer volume of the contracts cause problems, but the US government was often not in the position to guarantee that private companies were completing their projects efficiently, resulting in $30-60 billion of wasted tax payer money. According to the commission, both the government and contractors are to blame for waste caused by "bad decisions, vague contract conditions, lack of government oversight, duplication or unnecessary work, unmodified contracts, uncompleted projects, inadequate business practices and delayed audits." 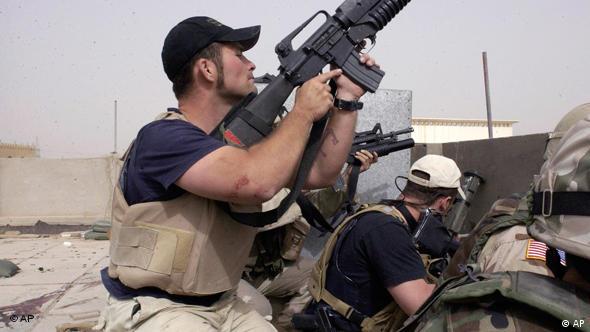 Contracting private firms to carry out tasks in war zones is nothing new, according to Lawrence Korb with the liberal Center for American Progress in Washington D.C. Korb, who from 1981-1984 was responsible for a large portion of the Defense Department's budget, explains that during his time private firms were hired "to repair motor vehicles or distribute meals."

Private firms, however, are increasingly taking on core military tasks such as securing convoys and guarding military installations. They offer software and transport personnel and equipment. Without these services, waging war would not be possible, according to the Pentagon.

"That's the main difference to the past," said Korb, who believes that using private companies for core military tasks is bad policy.

This policy began in the late 1980s and early 1990s when the US Defense Department underwent rigorous spending cuts in the aftermath of the collapse of the Soviet Union. More and more services are now being outsourced and Congress is playing along, slashing the number of civilians employed by the Pentagon. The trend began under the administration of George Bush senior and his defense secretary: Dick Cheney.

In lieu of private contracts, the government would have had to re-activate the draft for men between 18 and 25 in order to sustain the extensive wars, according to Korb.

"We have around 20 million registered people that we can activate and who can take over these tasks," Korb told Deutsche Welle.

The US abolished the draft in 1973, but the registration system was maintained. At the time, the general consensus was that "a volunteer army is a peace army," according to Korb. But 30 years later, apparently nobody anticipated that the wars in Afghanistan and Iraq would last a decade and cost $1 trillion. Only volunteers go to war - or employees for private security firms, who are well paid.

Korb believes that the mismanagement of contracts in Iraq and Afghanistan is the result of poor oversight by the upper echelons of the Pentagon.

"The defense secretary is busy going to NATO meetings and congressional hearings, so he needs a strong deputy secretary," Korb said. 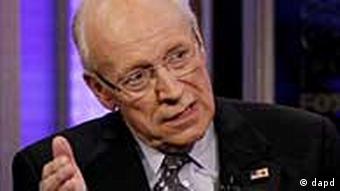 Typically, the deputy secretary takes care of the department's finances. But it has been a long-time since the Pentagon had a strong person in the office, according to Korb. Even former defense secretary Robert Gates, who has been the object of bipartisan praise, could not be convinced to hire a pro-active person for the post.

"Gates is the type that does not want anyone (in that position) who could cast a shadow over him or threaten him," Korb said.

In the past, people with corporate management experience were often hired on as deputy defense secretaries, like David Packard, the co-founder of Hewlett-Packard, or Charles Duncan, the former president of Coca-Cola. The latest deputy secretaries of defense, including incumbent William Lynn, have lacked this management experience, according to Korb. So it is no wonder that the bipartisan Wartime Contracting Commission has said that defense contracting has become more transparent although the waste continues.

The commission made 15 recommendations that are supposed to stop the waste. Among other reforms, contracts should be awarded under stricter conditions and government employees should be used for more tasks. Oversight and coordination should also be strengthened, accurate data collected, attention paid to the length of projects, and abuse should be investigated. The entire reform process is supposed to be controlled by Congress since the bipartisan commission, which unanimously issued its concluding report, will dissolve itself by the end of September.

Waste, fraud and abuse are not only disservices to the tax payer, according to the commission. The efforts of the US military, diplomats and development workers were damaged while corruption in Afghanistan and Iraq was encouraged. And ultimately, "the reputation and influence of the United States was undermined."

Trillion-dollar-business: US war spending spirals out of control

The heated debate over the US debt ceiling focused almost exclusively on cuts in social security and raising taxes. But a main item of government expenditure was hardly addressed at all: The rising cost of the wars. (02.08.2011)

High cost, little gain: The US war on terror is short on dividends

It has been estimated that Osama bin Laden has cost the United States some $3 trillion over the past 15 years and that the return on that investment - in terms of economic or technological advancement - has been low. (13.05.2011)