US Vice President Mike Pence has delayed his trip to the Middle East to help shore up votes for the Republican tax bill. His decision came amid an uproar over Washington's plan to designate Jerusalem as Israel's capital. 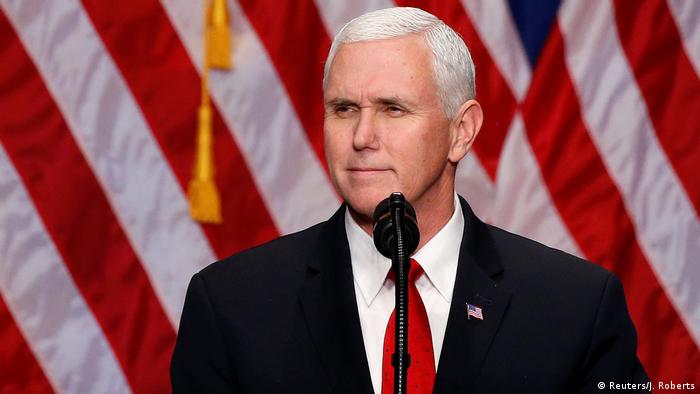 Pence had been due to leave on Saturday to meet with Egyptian President Abdel-Fattah el-Sissi and Israeli Prime Minister Benjamin Netanyahu following an internationally-condemned decision to recognize Jerusalem as the capital of Israel.

But uncertainty over the upcoming tax vote prompted Pence to delay the trip until mid January, officials said.

"The vice president is committed to seeing the tax cut through to the finish line," said Alyssa Farah, Pence's press secretary, in a statement.

Republicans are expected to pass the tax bill in the Senate with a razor-thin margin on either Tuesday or Wednesday amid unified Democratic opposition. But they can only afford to lose two votes.

Pence's decision to postpone the trip to Egypt came hours after the US vetoed a UN Security Council resolution that effectively condemned the US decision on Jerusalem.

The resolution, which was submitted by Egypt and passed by all members except the US, criticized decisions that sought to alter "the character, status or demographic composition of the Holy City of Jerusalem" and called for them to be rescinded, but stopped short of explicitly naming President Donald Trump and the US.

Pence was also facing pushback on his Middle East trip, with deep criticism in Egypt and with Palestinian President Mahmoud Abbas refusing to meet with him following Trump's decision to move the US embassy to Jerusalem.