The United States has vetoed a UN Security Council resolution that could decide the fate of those involved in terrorism-related activities, over differences on the question of repatriating foreign fighters. 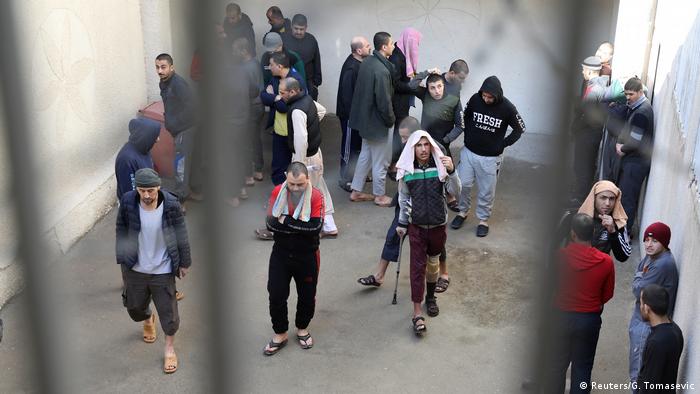 The United States on Monday vetoed a United Nations Security Council resolution aimed at prosecuting, rehabilitating and reintegrating those involved in terrorism-related activities. The country said it missed a crucial part about repatriating the "Islamic State" extremist group's foreign fighters and their families.

"The Indonesian resolution before us, supposedly designed to reinforce international action on counterterrorism, was worse than no resolution at all," said US United Nations Ambassador Kelly Craft.

The resolution was sponsored by Indonesia, which led the Security Council for the month of August. The final vote saw 14 members in favor of the resolution, while the US registered its veto.

"[The resolution] fails to even include reference to the crucial first step — repatriation to countries of origin or nationality," Craft said.

The US has called for foreign fighters to be prosecuted and rehabilitated back home. However, European states, including the UK and France, have not shared the US enthusiasm over concerns about public backlashes or renewed attacks on their soil. They have also cited difficulties in collecting evidence for crimes that took place in Iraq and Syria.

In the case of the fighters' family members, the draft resolution called for "the return of the children to their countries of origin, as appropriate and on a case-by-case basis."

With the "Islamic State" group losing control of large tracts of land in Syria, the largely Kurdish Syrian Democratic Forces (SDF) have held thousands of foreign fighters in the northeastern part of the country. Large camps also hold thousands of women and children, mostly family members of suspected fighters.

The UN has expressed concerns over conditions at these squalid camps, which are known for being overcrowded. An early resolution to the problem of foreign fighters and their families is essential for preventing a resurgence of terrorist activities, authorities have said.

"We regret the resolution was not adopted," a spokesperson for Britain's Foreign Office said after the veto. "We are working closely with international partners to reduce the risk posed to us collectively by foreign fighters."

All votes were sent it via email due to the coronavirus pandemic.