The former Panamanian president is facing charges of embezzlement and illegally monitoring phone calls. A 1905 extradition treaty means Martinelli can only be tried for the crimes alleged in the request in Panama. 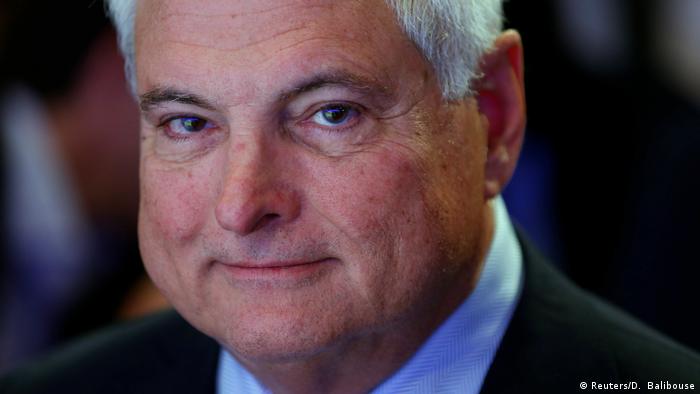 Martinelli was president of Panama from 2009 to 2014 and is accused of embezzlement and illegally monitoring the phone calls and other communications of more than 150 people, including journalists and politicians.

Martinelli's attorney said Friday she was informed a day earlier about the State Department's decision.

The 66-year-old is under investigation in Panama in about 20 other cases of corruption, but those are not referred to in the extradition request.

The dangers of Internet telephony

The dangers of Internet telephony

Under a 1905 extradition treaty, Martinelli can only be tried in Panama for the crimes alleged in the request.

The current Panamanian president, Juan Carlos Varela, confirmed that his government had been notified of the State Department's action and said "everything will be managed on the basis of the proceedings, laws and constitution of the country."

Victim of a 'vendetta'

Martinelli, who has been in jail in Miami since he was arrested at his home in June 2017, claims the charges are false accusations from political enemies.

On May 15 he asked the State Department to deny the extradition request, saying he would be tortured in Panama.

In a 430-page document submitted to the State Department, Martinelli's lawyers asked Secretary of State Mike Pompeo to use his discretion and deny the "politically motivated" extradition request.

Martinelli said he was the victim of a "vendetta" by current President Varela, who was his former vice president.

In an open letter made public by his lawyers last month, Martinelli referenced the times he had done favors for the US.

"When the CIA requested that I stop a North Korean ship leaving Cuba that was crossing the Panama Canal, I did not blink an eye," he wrote.

Panama's former President Ricardo Martinelli, currently imprisoned in the US, has announced he intends to drop his extradition fight. Martinelli stands accused of embezzling funds to spy on political opponents. (25.05.2018)

There is an easy way for President Trump to prove the serious allegation that his phone was tapped by the Obama administration during the election race. Simply order the declassification and publication of the material. (06.03.2017)