There is an easy way for President Trump to prove the serious allegation that his phone was tapped by the Obama administration during the election race. Simply order the declassification and publication of the material. 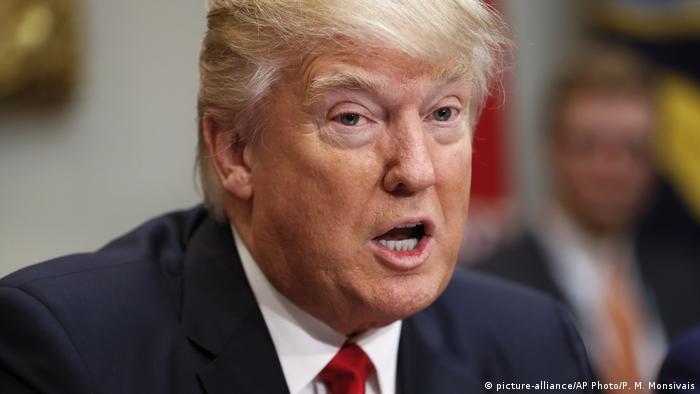 President Donald Trump levelled the severe – and unsubstantiated – charge that his predecessor Barack Obama had ordered his phones at Trump Tower to be tapped during the presidential election campaign. Obama, through a spokesman, refuted that charge.

Never mind that a president himself does not usually order the wiretapping of a US citizen, as such a process would normally go through the secret FISA court system. Never mind that the legal and political hurdles to engage in this kind of surveillance against a presidential candidate would be very high. And never mind that it seems out of character for a sober and analytical politician like Barack Obama to order or back such a measure singlehandedly or without good legal cause.

Despite all that, the fact remains that in this case it is essentially Trump's word against Obama's and it is impossible for the public to know for sure who told the truth and who did not. What is known is that US intelligence believes that Russia was behind that Democratic National Committee hack and that the FBI has been looking into possible Russian ties of several people associated with the Trump campaign.

But there is a very simple way for Donald Trump to prove himself right and Obama wrong. He can order that all relevant material surrounding the potential wiretapping of his phones in Trump Tower be declassified and made public.

As president, he has the executive power to decide on classifying or declassifying information. This executive privilege has been established and held up by the courts and gives the president great leeway in choosing what should become public or be kept secret.

For President Trump, who often appears to overestimate his presidential powers, being the sole decider and arbiter of America's secrets might have a certain appeal as he could use it to highlight his personal power. Moreover, proving his predecessor wrong would not only publicly humiliate Obama, but could also get him in potential legal trouble. Both are tactics Trump publicly deployed repeatedly during the election campaign.

So instead of lamenting on Twitter about his alleged victimisation at the hands of Obama, President Trump could and should simply order the release of all the relevant material regarding potential wiretapping and surveillance of Trump Tower. Given that from Trump's perspective releasing the material appears to only have an upside, not doing so would beg the obvious question: why not?

Opinion: The Russian election wasn't one 15h ago

Opinion: The next German chancellor must prioritize ties with Africa 18h ago