Panamanian authorities have detained a vessel bearing a North Korean flag after finding weapons on board. The discovery reportedly unleashed a dramatic scene among the crew members. 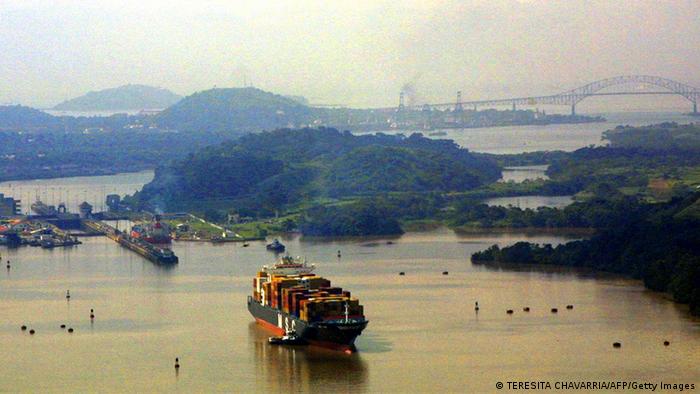 Crew members from a ship, believed to be North Korean, were detained near the Panama Canal early Tuesday after authorities had found what looked like missile parts. The vessel was said to have been travelling from Cuba.

Panamanian authorities boarded the ship near the port of Manzanillo, which lies on the Atlantic side of the 77-killometer canal (48 miles), to conduct a drug search, according to Panama President Ricardo Martinelli.

"The captain tried to commit suicide and the crew became rebellious," he added. It was not immediately clear where authorities had taken the captain following his suicide attempt.

"We're going to keep unloading the ship and figure out exactly what's inside," Martinelli said. "The world needs to sit up and take note: you cannot go around shipping undeclared weapons of war through the Panama Canal."

The president's spokesperson later said experts would analyze the contents to confirm their function, leaving open room for debate as to what authorities had indeed uncovered, according to the news agency AFP.

The international community has imposed sanctions on North Korea for its refusal to halt missile tests.Pyongyang launched a long-range missile last December which the US and its allies believe could one day deliver a nuclear warhead.