US to deploy troops in northern Syria to protect oil fields

Secretary of Defense Mark Esper said the Pentagon was considering sending troops and armored vehicles to protect oil fields, controlled by Syrian Kurds, which might fall into the hands of the "Islamic State." 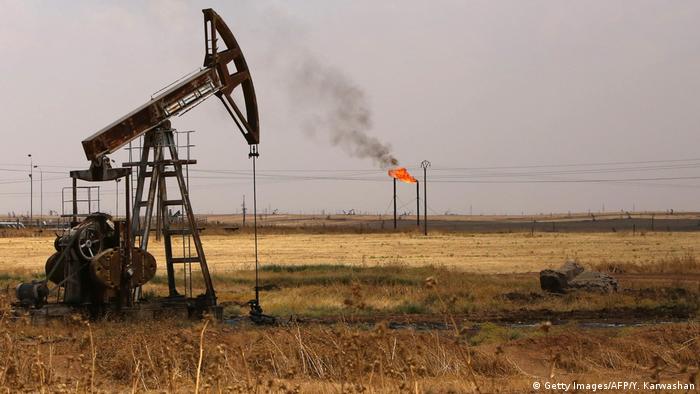 At a gathering of NATO defense ministers in Brussels, Mark Esper said that the US would send reinforcements to Syria to secure oil fields, just weeks after President Donald Trump's abrupt order to significantly scale back the US troop presence.

"We are now taking some actions ... to strengthen our position at Deir el-Zour, to ensure that we can deny ISIS access to the oil fields," Esper said, using another common acronym for IS. "We are reinforcing that position, it will include some mechanized forces."

US officials see the oil fields in eastern Syria around Deir el-Zour as key to preventing an IS resurgence in the region. The oil fields have changed hands several times since Syria's civil war began but are currently protected by Syrian Kurds. The Syrian Kurds also control oil fields in the northeast of the country.

Mechanized forces would typically entail tanks or other armored combat vehicles like infantry carriers. This would constitute a change in the US military presence in the region, which had previously focused on special forces, intelligence, and aerial units. Most of the infantry and ground forces had to date been supplied by Kurdish forces, the local allies to the international mission against IS in both Syria and Iraq. 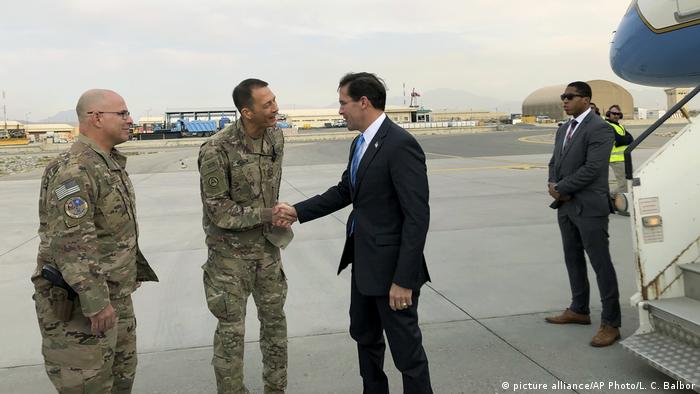 Prior to the NATO meeting in Brussels, Esper was meeting troops in Afghanistan

However, Esper's comments coincided almost to the minute with a series of tweets from President Donald Trump focusing far more on the US troop pullout than any potential reinforcements.

"Oil is secured. Our soldiers have left and are leaving Syria for other places, then COMING HOME!" Trump wrote. "When these pundit fools who have called the Middle East wrong for 20 years ask what we are getting out of the deal, I simply say, THE OIL, AND WE ARE BRINGING OUR SOLDIERS BACK HOME, ISIS SECURED!"

Trump had been rather more in step with his defense secretary on Thursday, when he exclaimed: "We will NEVER let a reconstituted ISIS have those fields."

Trump's decision to withdraw nearly all of the 1,000 US troops stationed in Syria since 2015 — when IS's power in the region was at its peak — was broadly seen as paving the way for NATO ally Turkey to launch military operations in the region. Turkey is a staunch opponent not just of the Assad regime in Syria, but also of many Kurdish groups, given the longstanding insurgency in southeast Turkey.

US President Donald Trump has used his favorite communication channel, Twitter, to announce that Defense Secretary Mark Esper has been fired. Counterterrorism head Chris Miller is to take over in an acting capacity.