US to apply more pressure on China with new tariff hike

US Trade Representative Robert Lighthizer has said the scope of tariffs on China is set to increase. The measure would come amid an ongoing trade dispute and after Trump threatened to apply levies on all Chinese goods. 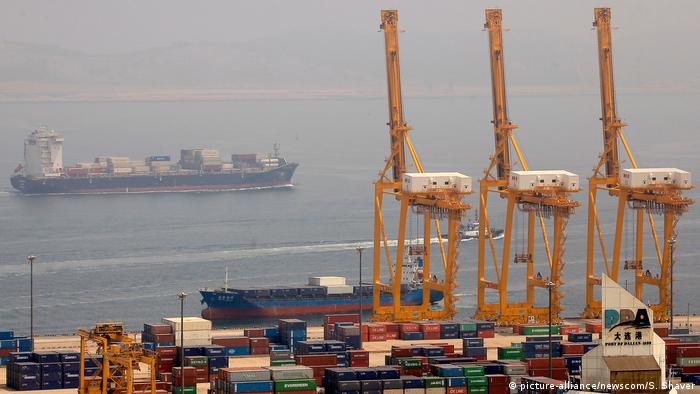 Senior officials in US President Donald Trump's administration said on Wednesday that proposed tariff rates on $200 billion (€172 billion) worth of Chinese goods would be raised from 10 percent to 25 percent, in an effort to "encourage" China to change its trade policies.

The Trump administration aims to push for changes in China's policies on intellectual property protection, technology transfers and subsidies for high technology industries.

US Trade Representative Robert Lighthizer said on Twitter that the measure sought to "urge China to stop its unfair practices, open its markets, and engage in true market competition."

Lighthizer added that "instead of changing its harmful behavior, China has illegally retaliated against US workers, farmers, ranchers and businesses," in a direct reference to China's decision to apply retaliatory sanctions on US products.

In an official statement, Lighthizer explained that raising the tariff rate from 10 to 25 percent would provide the Trump Administration "with additional options to encourage China to change its harmful policies and behavior and adopt policies that will lead to fairer markets and prosperity for all of our citizens."

Trump's ongoing trade dispute with China has put him at odds with members of his own party and the US business community, who have expressed outrage about the protectionist bent of his administration's trade policies, and warned of negative consequences for the US economy.

In response, the White House has established a comment period on the proposed tariffs, which includes public hearings where businesses can request exemptions. The comment period was set to take place later this month, but will now be extended into September, officials said.

China has not yet responded to the tariff rate increase. There have been no formal talks between Washington and Beijing over Trump's demands for weeks. Global stocks took a tumble on Wednesday as news spread about US plans for steeper tariffs.

German politicians and business leaders have welcomed the agreement that Jean-Claude Juncker made with Donald Trump. But some wonder whether the US president will stick to his word. (26.07.2018)