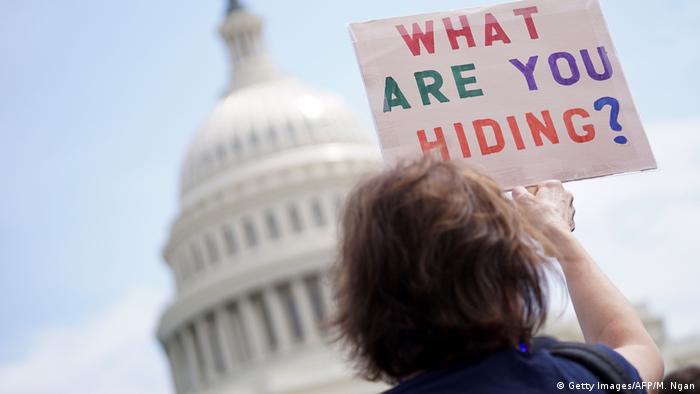 Last week, the finance ministers of Europe's five biggest economies — Germany, France, the UK, Spain and Italy — wrote an anxious letter to their American colleague, US Treasury Secretary Stephen Mnuchin, and copied it to all senior Republican politicians in the Congress and Senate.

The letter's thrust: The draft US tax bill, if passed as written a week ago, would represent a break with global fair-taxation rules as applied to corporations, and represent a thinly disguised form of trade war.

"The United States is Europe's single most important trade and investment partner," the finance ministers wrote. "It is important that the U.S. government's rights over domestic tax policy be exercised in a way that adheres with international obligations to which it has signed-up. The inclusion of certain less conventional international tax provisions could contravene the US's double taxation treaties and may risk having a major distortive impact on international trade."

A day later, a similar letter was sent to Mnuchin by the European Commission's four most senior economic officials and made many of the same points.

The two letters didn't get much of an answer — at least not a public one, though quiet edits to the bills taking European concerns into account may be happening behind the scenes.

Draft federal legislation in the US always exists in at least two separate versions: one drafted in the Senate, and the other in the House of Representatives. The "conference process" is the negotiation that reconciles the differing House and Senate versions of a draft bill. It's due to come to a close this week.

Three specific measures were brought up in the European letters.

First, the House bill proposed a new "excise tax" of 20 percent, levied on payments made when an American company buys goods or services from a foreign subsidiary or "affiliate" — unless the subsidiary elects to treat the payments as income in the US.

The European finance ministers argued that this measure would break WTO rules because it levies a tax only on foreign goods and services, not on the equivalent domestically produced goods and services. They said it also amounts to "double taxation," because it would effectively tax the profits of non-US-resident companies — after they already paid taxes on those same profits in their home countries.

"Bearing in mind that almost half of transatlantic trade is intra-company trade, this risks seriously hampering genuine trade and investment flows between our two economies," they wrote.

Second, the Senate bill featured a "base erosion and anti-abuse tax" (BEAT) provision. "Base erosion," or more properly "base erosion and profit shifting" (BEPS), is a technical term referring to various accounting schemes corporations use to legally shift profits from where they're earned, to ultra-low tax jurisdictions.

The licensing fee is set at a rate that cancels out the net revenues of the subsidiary corporations, leaving them paying no taxes in the countries where they actually produce or sell goods or services. The net effect of this "profit shifting" scheme is the erosion of the tax base of these countries — hence "base erosion."

Base erosion — or protectionism?

The EU finance ministers said that: "Preventing base erosion is an important goal," but "the provision appears to have the potential of being extremely harmful for the international banking and insurance business, as cross-border intra-group financial transactions would be treated as non-deductible and subject to a 10 percent tax. This may … harmfully distort international financial markets."

The finance ministers concluded that "some of the proposed measures could constitute unfair trade practice and may discourage non-US financial institutions from operating in the US."

Lower taxes on income from intangibles

Finally, the Europeans criticized a proposal in the Senate bill for a preferential tax regime for "foreign-derived intangible income."

In essence, when US companies earn income outside the US via licensing fees, those fees would be taxed at a reduced corporate tax rate of 12.5 percent (compared to a proposed 21 percent federal tax rate for other corporate profits).

The Europeans wrote that this would subsidize exports compared with domestic consumption, and could face challenges as an illegal export subsidy under WTO rules.

Moreover, "the design of the [proposed] regime is notably different from accepted IP [intellectual property] regimes by providing a deduction for income derived from intangible assets other than patents and copyright software, such as branding, market power, and market-related intangibles." 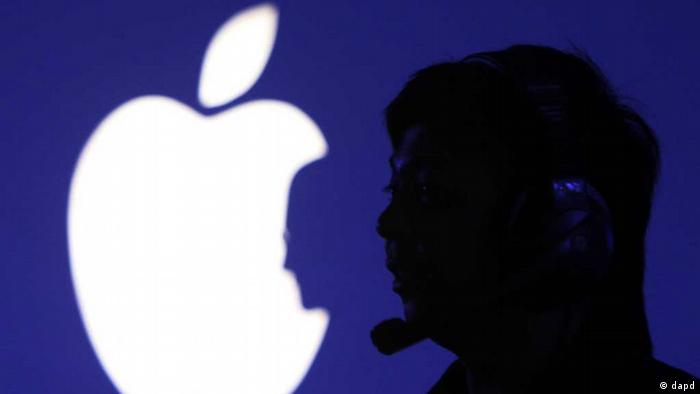 In future, US corporate taxes would be about 25 percent — meaning companies may invest more in the US instead of Europe

Are the criticisms from Europe justified? In a word: Yes, according to the experts consulted by DW.

Clemens Fuest, the president of the Ifo Institute for Economic Research in Munich, said: "The European Commission's criticism of the US tax plans is justified. The proposed measures would disrupt international trade and lead to double taxation."

Tobias Hentze, an economist at the German Economic Institute in Cologne, told DW that he was worried the tax reforms could be the spark for the next round of a "race-to-the-bottom" of jurisdictions competing to offer corporations ever-lower tax rates.

If the reforms go through, Hentze said, the US will go from being a high-tax to a low-tax country. Until now, the tax burden on companies has been significantly higher in the US, with a tax rate of 39 percent, compared to 30 in Germany or 34 in France.

The US also proposes to play unfairly by taxing profits that have already been taxed in Europe, Hentze said, concluding: "The underlying message to multinational companies is: If you produce here in the US, you will be spared the double taxation."

The reform package provides further incentives for companies, too. With the creation of a so-called patent box, US legislators want to incentivize companies like Apple to register their patents and trademarks in the US, by means of a preferential tax rate on profits generated (12.5 percent). A fair tax regime, in Hentze's view, should not offer tax rebates for certain types of profits.

"However, countries like Ireland or the Netherlands already do that too," Hentze pointed out. "Therefore, the indignation of EU finance ministers is not very credible on this particular point."

The measure now goes to President Donald Trump for his signature. The biggest rewrite of the US tax code in more than 30 years marks the first major legislative achievement of Trump's presidency. (20.12.2017)