The Pentagon has confirmed a US airstrike targeted several senior al-Nusra Front officials. One of the men believed to be killed in the attack was a "legacy" al Qaeda leader, who worked with Osama bin Laden. 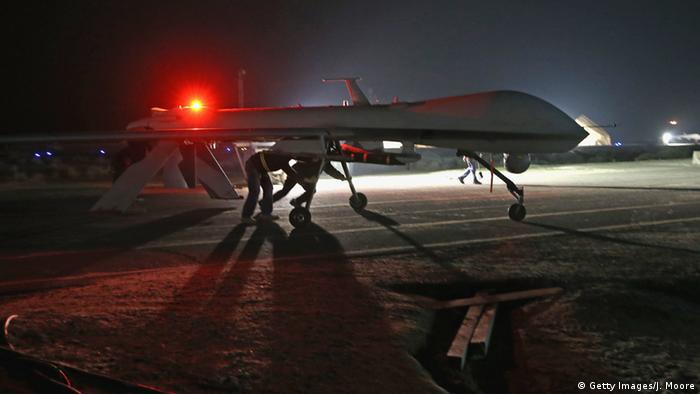 The US carried out an airstrike in northwestern Syria that targeted several top leaders of the al Qaeda-affiliated Nusra Front, including the group's spokesman Abu Firas al-Suri, said a Defense Department (DoD) spokesman on Monday.

In Lebanon's most volatile Palestinian camp, fears are growing that youngsters with few prospects are being lured to join militias - including militant jihadist groups. John Owens reports from Ain el Helweh.

"We assess that al Qaeda senior leader Abu Firas al-Suri was in that meeting and we are working to confirm his death," Pentagon spokesman Peter Cook said at a press briefing.

While the UK-based Syrian Observatory for Human Rights first reported al-Suri's death, it said the lethal airstrike conducted on Sunday was likely part of a Syrian or Russian air raid.

Al-Suri was a Syrian national who served in the military before being discharged for Islamist leanings.

He met the late bin Laden while fighting Soviet forces in Afghanistan, and assumed a leadership role in the al Qaeda militant group after it was founded in the late 1980s.

"Their organizational structures are well prepared for targeted assassinations, which are usual business for them," al-Tamimi said.

A US-led coalition has taken advantage of the "cessation of hostilities" between government forces and rebel factions in Syria to bolster its air campaign against the "Islamic State" militant group and al-Nusra Front.