Militants profit from Palestinian poverty in Lebanon′s camps | Middle East | News and analysis of events in the Arab world | DW | 16.03.2016

In Lebanon's most volatile Palestinian camp, fears are growing that youngsters with few prospects are being lured to join militias - including militant jihadist groups. John Owens reports from Ain el Helweh. 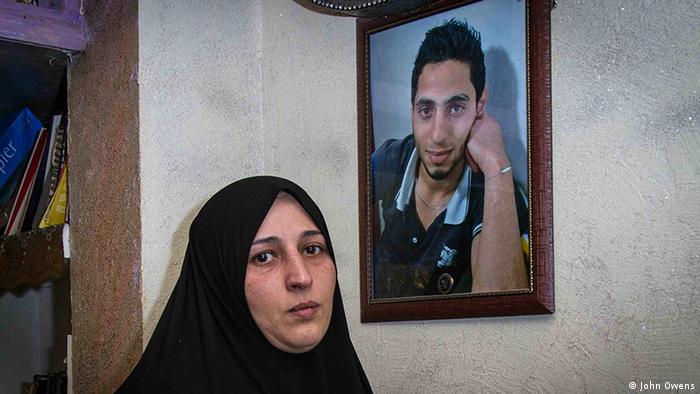 It has been a year since her son's body was found in a banana grove by Lebanon's most populous and volatile Palestinian camp, and Sezan Qayem (photo, above) struggles to cling to the hope of justice.

Speaking from her home in Ain el Helweh, a tiny parcel of land packed with around 100,000 people, Qayem recalled her "curious, artistic and excitable" child who entered the world of armed groups aged 12.

Seven years later, Khaled Rahhal was set to marry and ready for a new beginning.

Then he went missing.

In the wake of deadly clashes last summer, fears remain that in this militarized pressure-cooker of deprivation, the appeal for youngsters of being a gun-for-hire is only getting stronger.

Meanwhile a report emerged last month that around 15 residents had to join "Islamic State" in neighboring Syria, further fuelling concerns over instability and the lure of militant Islamist groups.

But in Ain el Helweh, one of 12 such camps in Lebanon, escaping violence is difficult, and - as Qayem has found - finding justice no easier.

Rahhal's choice of job was not an unusual one.

Drastically limited access to employment is among the wide variety of restrictions imposed on Palestinians by a Lebanese state wary of the role some played in Lebanon's 15-year-civil war, which ended in 1990.

Around 65 percent live in poverty, according to United Nations Relief and Works Agency (UNRWA), the UN agency supports Palestinian refugees.

"He joined because there was no money and he needed to eat," explained Qayem. 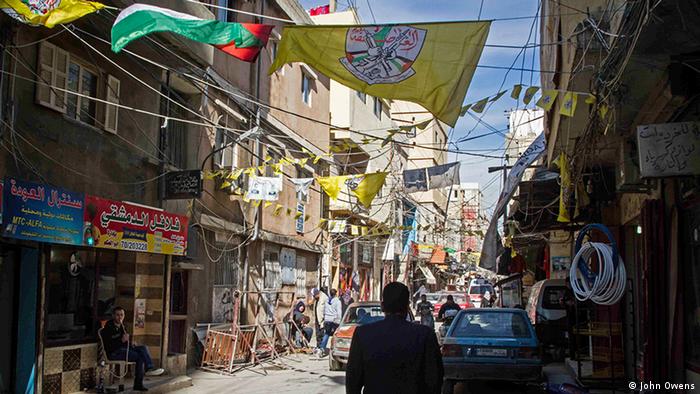 Ain el Helweh is the biggest, and most volatile, of Lebanon's 12 Palestinian camps

Rahhal opted for Fatah, a secular faction with a strong and longstanding presence in the camp.

As Munir Maqdah, a Fatah commander in the camp, explained, part of his role is to "recruit a new generation to Fatah - to let the young be part of our group."

But in an arena containing a dizzying amount of factions - there are 17 within the camp's two square kilometers - Fatah are not the only ones recruiting.

Ain el Helweh has long been largely outside of the control of Lebanese security due to an agreement signed with Palestinian leadership more than four decades ago.

Beyond Lebanese law, it acts as safe haven not just for wanted criminals, but militant Islamist groups who have long had a presence in the camp.

And with the Syrian war entering its sixth year, some are concerned that their efforts are reaching a more receptive audience.

Unlike his brother, 18-year-old Yussef rejected the idea of joining an armed group.

"The destiny of those who join these parties is in a coffin," he told DW.

But with the onset of the war, already limited employment options dwindled.

Yussef claimed he lost his job at a restaurant to a Syrian refugee - with well over a million Syrian residents fleeing for their lives to Lebanon, competition for work in the camps has gone up and wages have often gone down. 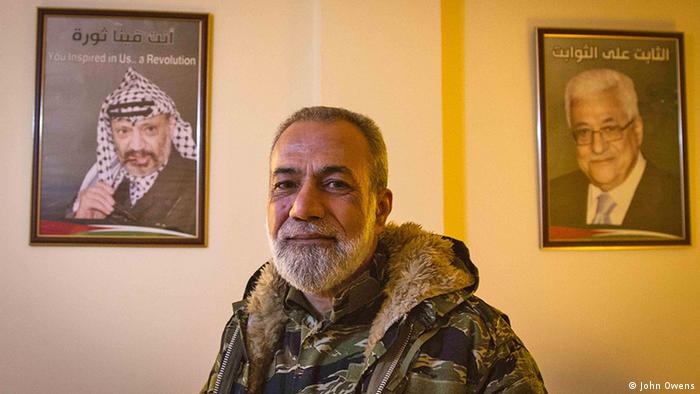 Maqdah of Fatah is not the only one recruiting young men

Meanwhile, organizations offering a lifeline have suffered. UNRWA has been hit by a series of funding crises as money is diverted to help the Syrian refugees.

These cuts have threatened its lifeline services not just in Ain el Helweh, but in Palestinian camps across the region.

"If kids drop out of school to seek work, the ramifications can be drastic, and in a place where you are seeing extremism that adds to the concern," said UNRWA's Lebanon spokeswoman Zizette Darkazally.

Worries about internal security prompted the creation last spring of a cross-faction security team in the camp led by Maqdah comprising well over 200 fighters.

Maqdah claims the group is succeeding.

But it couldn't prevent clashes between Fatah and its allies and militant Islamists led by a group named Jund al Sham late last summer which killed several and displaced thousands.

For now a tense calm hangs over the checkpoint-controlled confines of the camp.

But Mahmoud Issa, who leads his own faction after reportedly falling out with some of Fatah's high command, is downbeat about prospects for peace.

"The situation is getting more unstable, and because people are suffering from a bad economic situation they are going to extremist groups," he said.

"The numbers are increasing, and youth are being targeted, exploited, and having their way of thinking changed."

Meanwhile, though money is hard to come by for residents, it continues to seep into the coffers of militants, some of whom have international backers.

And with the likes of "Islamic State" and the al Qaeda-affiliated Jabhat al-Nusra, or the Nusra Front, thriving across the border, and Lebanon struggling with spillover from the Syrian war, fears persist that the ground is fertile for further infiltration.

As one NGO worker with knowledge of the camp - who spoke on condition of anonymity - claimed: "Jabhat al-Nusra does not have a presence here, but they have the support. If they decided to be here, they could be."

Whatever happens in Ain el Helweh, there will always be consequences for those drawn into this world, regardless of their motivations or which side they pick.

According to those who knew him, Rahhal was done with that life - the politics, the violence, the danger. Having proposed to his girlfriend, he got a training course through local NGO Naba'a, and by December 2014 emerged with a qualification as an electrician.

A teacher at Naba'a and friend of Rahhal, Fattoum Aldoukhi, saw him in early February 2015, two days before he vanished. 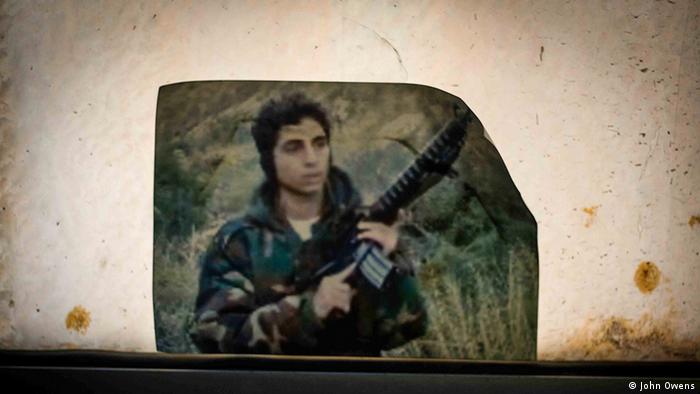 "At night he was still working for Fatah, but he had been so happy and interested during the training," she said. "He just wanted to make a family and find a good job."

A month later, in early March 2015, Rahhal was found dead, his tortured body wrapped in plastic.

Many who spoke to DW believe that he was assassinated by a militant Islamist group, but, according to Maqdah, though an arrest was made, the suspect was released due to a lack of evidence.

He said the family was being paid a monthly wage by Fatah following Rahhal's death.

It is a claim Qayem, who said she had to seek help elsewhere to pay for her son's funeral, denies.

"I am against all the political groups, all of them. They are liars," she said, adding she will continue to fight to find out what happened to Rahhal.

"There is no justice in Ain el Helweh - it is up to God."