Rebel commander Dominic Ongwen is in the hands of African Union troops and will face trial for war crimes at the International Criminal Court, the Ugandan army has said. Ongwen was a close associate of the warlord Kony. 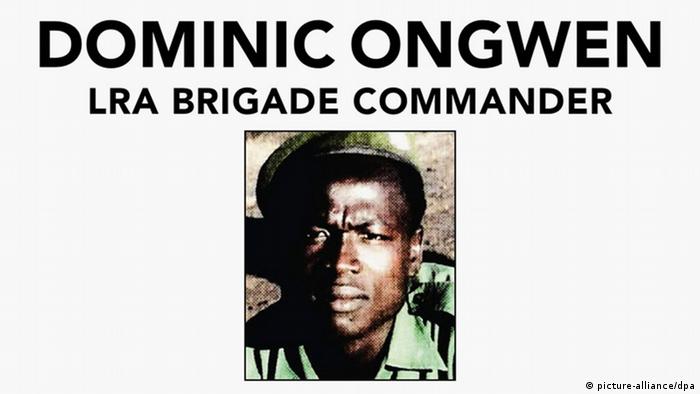 Ongwen has been wanted by the ICC for crimes including murder, enslavement, mutilation, and attacks against civilians. He had been acting as the top commander of a Uganda-based armed fraction when he surrendered on January 6 in the Central African Republic.

US troops based in CAR transfered Ongwen to the custody of Ugandan soldiers who working for the African Union Regional Task Force there.

US Embassy spokesman Daniel Travis confirmed the transfer hand over, calling it a "major step forward" for the future of the region terrorized by the Lord's Resistance Army.

Although Ugandan authorities originally wanted to try Ongwen themselves, the American government had doubts about the standards of detention and prosecution in such a trial, American officials said on condition of anonymity.

Ugandan army spokesman Lt. Col Paddy Ankunda said that Ongwen would be transferred to the officials of the Central African Republic, who would then send the prisoner to face charges in The Hague.

"Dominic Ongwen will be flown directly to The Hague for trial by CAR authorities, he is not coming to Uganda," Ankunda added.

Who will get the reward?

A Muslim group of rebels called Seleka, which toppled the CAR government in 2013, say that Ongwen initially surrendered himself to them, and that they handed them over to the US troops. For that reason, Seleka fighters are now trying to claim a $5 million (4.25 million euro) award, which was offered by the United States government for Ongwen's capture, according to the New York Times.

The State Department's spokeswoman, Marie Harf, said she was aware of reports that some individuals who say they belong to Seleka may have been involved, but could not comment on whether they would be eligible for a reward.

The Lord's Resistance Army (LRA) is allegedly responsible for the deaths of over 100,000 people and kidnapping more than 60,000 children. The three-decade-long campaign took place across five central African nations.

Ogwen was a close aide to its leader Joseph Kony, who claims to posses supernatural powers. Even though LRA has been pushed out of Uganda, groups of its fighters still operate in CAR, DR Congo, Sudan and South Sudan.

Dominic Ongwen is also a former child soldier, and was himself kidnapped at age ten, according to the Washington-based activist group The Enough Project.

He is accused of organizing operations in northern Uganda, which claimed thousands of victims. Some of them were abducted to be used as sex slaves. Ongwen troops also draw attention for their punishment raids, especially by cutting off lips and ears of their victims.