The Senate Appropriations Committee has approved changes that would lift restrictions on Americans traveling to Cuba. The measures would have to pass the US Senate and House of Representatives before becoming law. 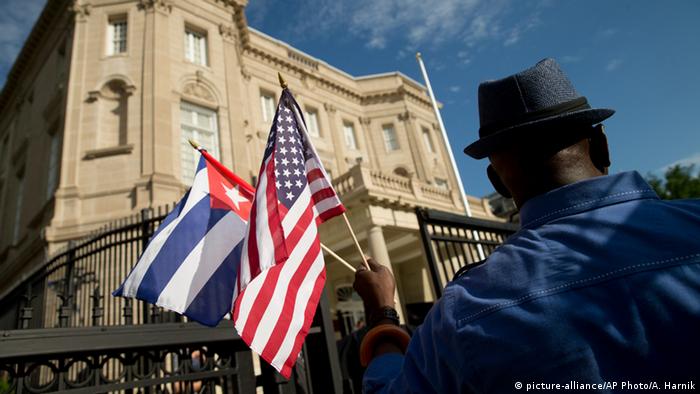 The amendments were adopted on Thursday, with support from the ranks of both Democrats and Republicans in the Senate panel. In addition to making it easier for American citizens to visit Cuba, the legislation would also lift important restrictions on ships operating in Cuban ports.

"This is a first step by the Senate to dismantle a failed, discredited and counterproductive policy that in 54 years has failed to achieve any of its objectives," said Democratic Senator Patrick Leahy, a longtime opponent of Cuba sanctions.

"These votes were not about the repugnant policies of the Castro regime, but about doing away with unwarranted impediments to travel and commerce imposed on Americans by our own government."

The changes were attached to the Financial Services appropriations bill, which is to be voted on by Senate and the House of Representatives.

The Senate Appropriations Committee is the first such body to support legislation on normalizing relations with Cuba.

The move comes in the wake of diplomatic a thaw, initiated by US president Obama and Cuban President Raul Castro in December 2014. The two countries officially restored diplomatic relations on Monday, with Cuba opening its embassy in Washington.

"After nearly 60 years, we might try something different," Republican senator Jerry Moran said commenting the vote on Thursday.

Moran, who is a member of the Appropriations Committee, also pointed out that "Americans can travel around the globe today without exception – no country is totally prohibited with the exception of Cuba."

However, the US still has an embargo in place on Cuba, which can only be lifted by a Congressional decision. This ban applies, among others, to the hospitality industry eager to cater to the expected influx of American visitors.

Arne Sorenson, president of American hotel company Marriot International, is one of many American CEO's pushing for easing of restrictions.

"With travel to Cuba now surging, existing Cuban hotels are full and hotel companies from other countries are racing to tie up as many of the new hotels as they can before the likes of Marriott and our US competitors show up," Sorenson said.