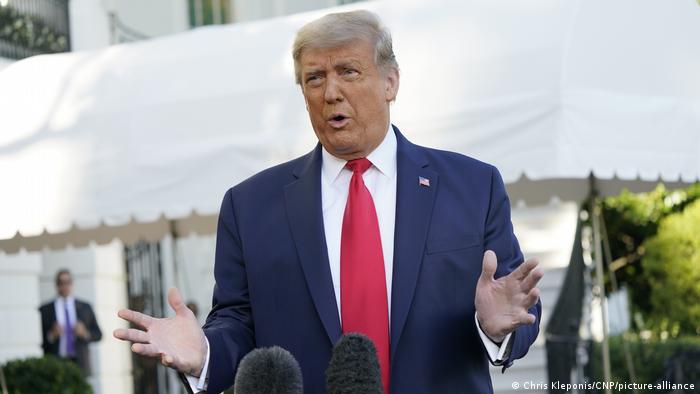 US President Donald Trump said Monday that he will be announcing his pick for the Supreme Court judge by the end of this week, before Justice Ruth Bader Ginsburg is buried this Saturday.

Ginsburg passed away last week, after battling pancreatic cancer. "My most fervent wish is that I will not be replaced until a new president is installed," she had said days before dying.

Trump called on the Senate, which has a Republican majority, to vote on the confirmation before the November 3 elections. He is seeking a second term as president, and is opposed by democrat and former Vice President Joe Biden.

"They're all outstanding but I have one or two that I have in mind," said Trump about the nominees. He called Barrett, whom he has met, "very respected."

The president might meet Lagoa later this week, and said, "I don't know her but I hear she's outstanding."

Allison Jones Rushing, an appellate judge from North Carolina is also being considered for the position. Among other candidates being considered by Trump's team is White House deputy counsel Kate Todd.

Trump had emphasized on favoring a woman to succeed Ginsburg. He said he would prefer someone younger, who could hold the seat for a longer duration.

Senate Majority leader Mitch McConnell has prioritized Trump's Supreme Court pick, and said he would usher in a vote this year itself. Democratic leaders have accused McConnell of trying to rush through the vote before the appointment of a new senate, which will happen on January 3, 2021.

Democratic presidential nominee Joe Biden has called for a delay in the Supreme Court nomination. "Voters of this country should be heard ... they're the ones who this Constitution envisions should decide who has the power to make this appointment," he said.

Republicans hold a 53-47 majority in the senate. If there were a tie, it would be broken by Vice President Mike Pence.