Winter Storm Izzy blasted southeastern states with snow, ice and high winds. Over 130,000 homes and businesses have been left without power and flights have been slashed. The storm is now headed for New England. 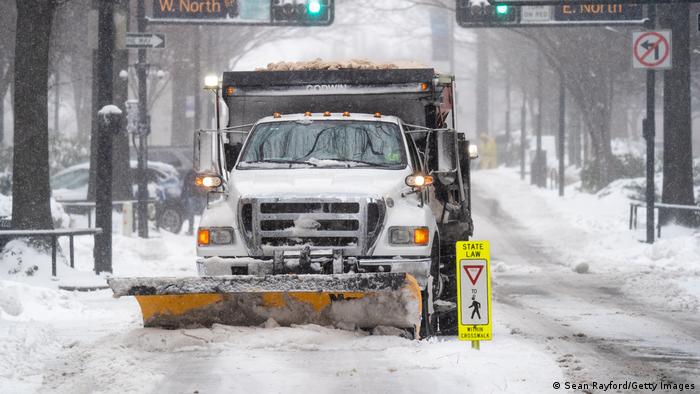 Several US states were taking stock of the damage on Monday while others were bracing for impact, after a major winter storm swept through the region, heavy snow and ice knocking out power and disrupting travel.

The southeastern states of Georgia, Virginia, North Carolina, and South Carolina all declared emergencies due to the storm, which hit the area on Sunday.

Winter weather alerts were issued across the eastern US stretching more than 1,000 miles (1,609 kilometers) and covering more than 80 million people.

An estimated 130,000 homes and businesses in the Carolinas and Georgia reported power outages by mid-Sunday, according to the website PowerOutage.US.

However, it appeared some households were coming back online by the evening.

The National Weather Service warned of heavy snowfall, freezing rain, and high winds, making its way through the southeast and coastal mid-Atlantic on Sunday before moving up to New England and southern Canada later on Monday.

The highest snowfall was expected at some areas along the Appalachian mountain range, which could see as much as one inch of snow per hour through Monday, the NWS said.

Icy conditions could continue to develop through Tuesday, it added. 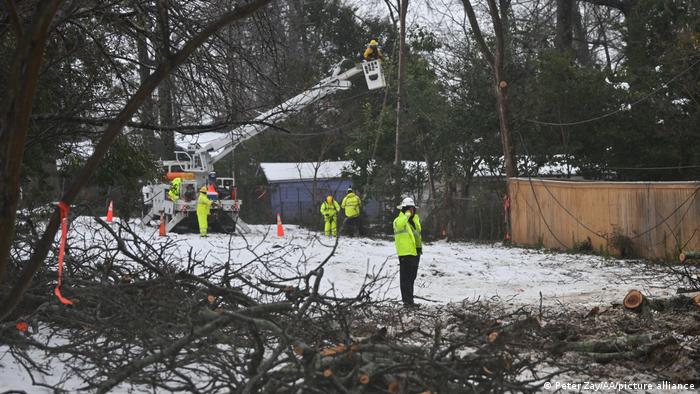 North Carolina, which saw up to a foot of snowfall in some areas, reported hundreds of vehicle accidents

A tornado with 118 mph (190 kph) winds struck southwest Florida, the weather service said. It was on the ground for more 2 miles and destroyed 30 mobile homes, while dozens more sustained major damage.

In North Carolina, some regions saw as much as 10 inches (25 centimeters) of snow, and highway patrols reported hundreds of road accidents.

Two people died Sunday when they lost control of their car drove off the road and into trees in the state capital Raleigh.

Virginia State Police reported a "multi-vehicle backup," along with minor crashes, that had caused traffic congestion on a major interstate in the southern part of the state.

More than 3,000 domestic and international flights were canceled on Sunday, and over 8,000 flights were delayed, according to FlightAware data.

American Airlines alone saw more than 660 flight cancellations. Customers affected by the weather were allowed to rebook flights without a fee, the airline said.

Rescuers used a helicopter to save motorists trapped by two mudslides. The downpours in British Columbia come on the heels of record summer temperatures.