New court records have revealed the US Justice Department is investigating a potential scheme in which presidential pardons were allegedly traded for political contributions. 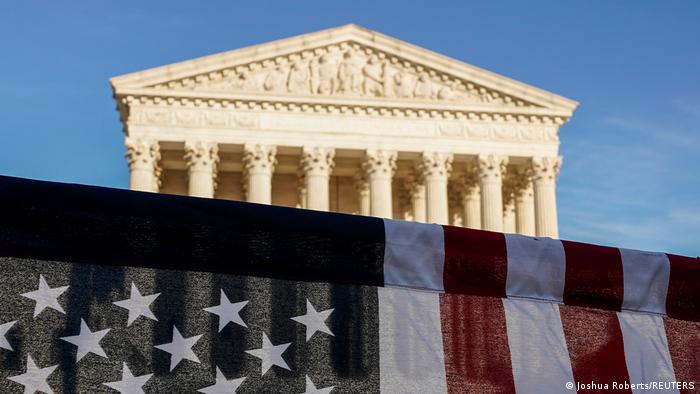 The US government is investigating a "bribery conspiracy scheme" involving a "substantial political contribution in exchange for a presidential pardon," court records unsealed on Tuesday revealed.

The 20-page document has been heavily redacted to remove the names of those involved in the investigation and the background of the case. It was unsealed by a federal court in Washington.

The unredacted records show that over 50 digital media devices totaling several terabytes of data were examined by a filter team of investigators operating under a search warrant investigating unregistered lobbying activity.

At least two people, whose names were redacted, are suspected of being involved in an additional, illegal "secret lobbying scheme" to secure a pardon for a third party whose name was also redacted.

Read more: Barr: DOJ has found nothing that could impact election result

Tuesday's unsealed records were originally from a review carried out in August by a federal judge, Beryl Howell, acting on a request from prosecutors to access the communications found by the filter team.

The judge concluded that the email communications were not covered by attorney client privilege as there were indications of criminal activity. Howell said prosecutors would be allowed access to the information and to "confront subjects and targets of the investigation."

The records do not indicate that any charges have been filed, and a Justice Department official told Reuters news agency late Tuesday that "no US government official is subject or target" of any investigation.

According to the document, the Justice Department said it didn't want the investigation to go public due to "individuals and conduct" that have yet to be subject to charges.

Outgoing US President Donald Trump said the official court document was "fake news" in a post on Twitter.

Trump has come under fire for using the presidential pardon to grant some of his top political advisers immunity from prosecution after they were convicted of federal crimes.

Last week, Trump pardoned his former national security adviser Michael Flynn, who pleaded guilty to lying about his contact with the Russian ambassador to the US during the investigation of special counsel Robert Mueller into election interference in late 2016.

Earlier this year, Trump commuted the sentence of Roger Stone, a conservative political consultant who was convicted of lying to investigators and witness tampering during the Mueller investigation.

Read more: Donald Trump's 'absolute right to pardon myself' does not exist

Trump has even floated the idea of having the "absolute right" to pardon himself, a claim which legal experts have said could be unconstitutional. Trump faces legal inquiries in New York into potential bank and insurance fraud.