John Durham has been investigating the investigators involved with the Russia probe since April 2019. His new appointment as special counsel will allow him to continue investigations despite a change of administration. 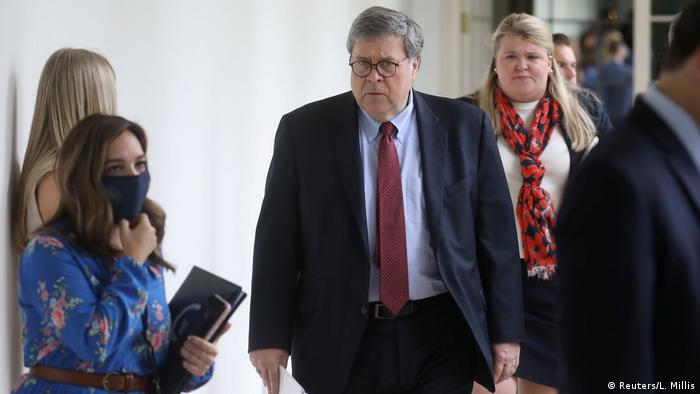 The US Department of Justice on Tuesday appointed a special counsel to continue probing possible crimes during the 2016-2018 investigations of possible collusion between Russia and Donald Trump's presidential campaign.

"The best thing to do would be to appoint them under the same regulation that covered Bob Mueller, to provide Durham and his team some assurance that they'd be able to complete their work regardless of the outcome of the election," Barr said.

President-elect Biden is expected to appoint his own attorney general. However, it will be difficult to end Durham's investigation given his new status.

Durham has already been investigating these matters under Barr since April 2019. His appointment as special counsel will allow him to continue investigations in spite of the change in administration that is expected to happen on January 20, 2021.

Barr reportedly appointed the special counsel on October 19, but held off on the announcement in anticipation of the presidential elections on November 3, in which Biden defeated President Trump.

The Trump campaign has maintained that the Russia probe was a political "witch-hunt," aimed at undermining the president.

The Federal Bureau of Investigation (FBI) began investigating the possibility of Trump's collusion with Russia in 2016. These investigations were then carried on by special counsel Robert Mueller.

According to Barr's order, the special counsel will concentrate on FBI's "Crossfire Hurricane" investigation launched in July 2016, and Muller's investigation initiated in May 2017.

The order allows Durham to "investigate whether any federal official, employee, or any other person or entity violated the law in connection with the intelligence, counter-intelligence, or law-enforcement activities directed at the 2016 presidential campaigns."

The appointment was supported by Republicans. Biden's team is yet to make a statement on it.

New court records have revealed the US Justice Department is investigating a potential scheme in which presidential pardons were allegedly traded for political contributions.