US military to reinforce 'posture in Europe' to support NATO allies

The US Defense Secretary has announced a change in military spending priorities to address five big challenges. It includes more support for NATO allies in Europe and more spending on advanced weapons. 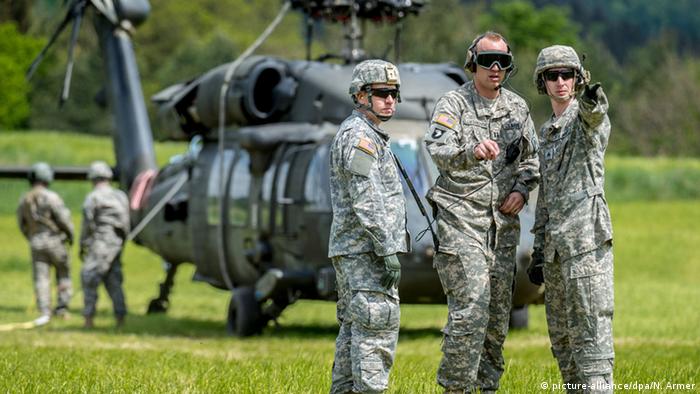 US Defense Secretary Ash Carter said the Pentagon is to reshape its spending priorities for next year to reflect a new strategic environment marked by Russian assertiveness and the rise of the self-declared 'Islamic State' (IS), among five big challenges.

"We're reinforcing our posture in Europe to support our NATO allies in the face of Russia's aggression," Carter said. "That'll fund a lot of things. More rotational US forces in Europe, more training and exercises with our allies, more prepositioned warfighting gear, and infrastructure improvements to support it."

Carter's proposal would allow the US to send more troops to Europe for short-term deployments and provide additional equipment and improve facilities so that more forces could be accommodated.

Speaking to the Economic Club of Washington, Carter said on Tuesday the Pentagon would seek a $582.7 billion (534 billion-euro) defense budget. It will include $3.4 billion for the Pentagon's European Reassurance Initiative. That represents a four-fold increase from the $789 million for the current budget year.

"We must demonstrate to potential foes that if they start a war, we have the capability to win," Carter said. 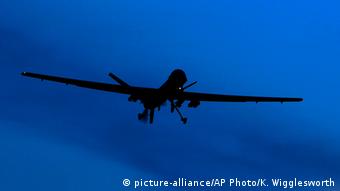 Russian aggression against Ukraine also meant the US would increase investment in advanced weapons, Carter said. The budget for next year includes $71.4 billion for research and development, mostly to boost the military's strategic capabilities.

The Pentagon's budget for the current fiscal year is $585 billion.

"We're taking a strong and balanced approach to deter Russian aggression," Carter said. "We haven't had to worry about this for 25 years, and while I wish it were otherwise, now we do."

Carter said the Pentagon would seek $7.5 billion for the war against IS in the 2017 fiscal year which begins October 1. That represents a 50-percent increase on spending to counter IS this year.

"Today's security environment is dramatically different than the one we've been engaged with for the last 25 years and it requires new ways of thinking and new ways of acting," Carter said. His remarks came a week before the administration's 2017 budget is formally announced.

Carter said the US has used so many smart bombs and laser-guided rockets against militants in Iraq and Syria that it was running low on the weapons. He said $1.8 billion was needed to invest in 45,000 more smart bombs and rockets.

Together with Russia and IS, Carter cited China, North Korea and Iran as the biggest challenges facing the US military. He remarked on China's assertiveness over disputed islands in the South China Sea. "Key to our approach is being able to deter our most advanced competitors," he said. "We must have - and be seen to have - the ability to impose unacceptable costs on an advanced aggressor that will either dissuade them from taking provocative action or make them deeply regret it if they do."

The Pentagon plans to develop the most lethal undersea and anti-submarine force in the world, according to Carter. Nine Virginia-class submarines loaded with 40 Tomahawk missiles, instead of the current 12, are to be built by General Dynamics Corp and Huntington Ingalls Industries. The plan is to spend $8.1 billion on undersea warfare from the end of next year and more than $40 billion over the next five years.