US media hooked on eurozone crisis

Examining US media reports on Europe's economic crisis for DW's Transatlantic Voices column, Julian Jaursch argues that today's coverage has to be viewed in the context of the previous global economic downturn. 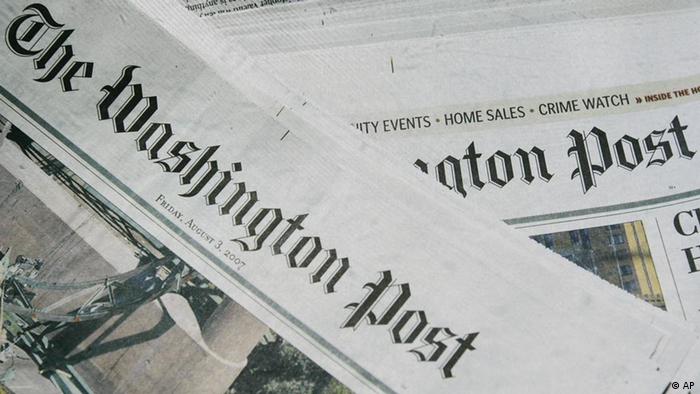 Julian Jaursch is a freelance journalist based in Berlin. He holds an MA in Political Science/TransAtlantic Studies from the University of North Carolina at Chapel Hill.

Since then, papers and TV shows have been full of Greece. The New York Times ran articles on the country's financial situation as early as 2008, the Wall Street Journal has been covering every bailout since then, NPR tried to explain what happens if Greece defaults and CBS recently aired a piece on how the European debt crisis sent the Dow Jones plummeting. Even Stephen Colbert, the outspokenly patriotic and US-centered TV character whose international coverage is called "Un-American News," took on the Greek debt crisis. Discussing the dismal situation of Greece's economy in May 2010, he joked that the Greeks had laid off the oracle of Delphi and that she had never seen it coming.

The examples give some of the reasons for the strong media interest. Precisely because of the global economic downturn, the news media cares. The crisis has shown quite plainly that the economies around the world are interconnected. What happens in one country has repercussions for citizens in many others, for instance via fluctuations on the stock markets or effects on the banking sector. Moreover, it is not just Greece that is making headlines today: Because Spain, Portugal and the rest of the eurozone are struggling as well, the effects are even bigger.

According to news value theories, events gain a certain news value if they have some intrinsic characteristics. Europe's economic woes did just that for the US: While the continent is geographically not very close to the US, it is still intimately connected to the US for historic, political and economic reasons (news factor proximity) and its troubles are bad news (negativity) that in some way affect the US economy (relevance). Add to that the already heightened sensitivity to economic topics due to the global financial crisis (established topic) and it becomes clear why US media and its recipients paid so much attention to Europe. Egotistical, yet genuine, concern about the US economy might have led to the increased coverage.

But is it really just that? Or could the coverage also try to mask the US' own economic weaknesses? After all, US reporting, especially some opinion pieces in print and television media, has been quite harsh. There was talk of European "grandiosity" and the "fiction" of the European economic model. European pension systems were closely scrutinized along with the continent's demographic problems. The very values and work ethic of Greeks, Spaniards or Portuguese were questioned. A "Eurosocialist" system that instituted a single currency, but no fiscal union was lamented. Generally, Europe's debt problems and the inherent issues of the euro system were pointed out, repeatedly and vigorously, along with some well-meant pieces of advice from afar. 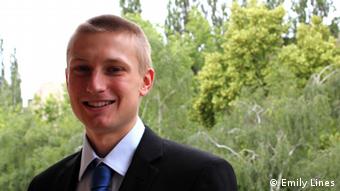 Such foreign reporting comes at a time when America's own economy is not exactly doing well, either. Memories of bank and auto bail-outs are still fresh in people's minds, the unemployment rate is at roughly eight percent (eurozone: 11 percent), the economy is only growing moderately and, most importantly, the country's debt-to-GDP ratio is much higher than the EU's, according to Eurostat and the IMF. Still, President Barack Obama has not grown tired of referring to Europe's struggles when talking about the reasons for the slow recovery in the US.

Focusing on the eurozone's failures certainly leaves less time to discuss the US' own debt problems, social security systems or demographic development. It also leaves less time to investigate whether downgrades by American rating agencies - or mere threats thereof - were always justified. Moreover, the fact that an American bank helped obscure Greece's sovereign debt issues in the first place is but a footnote today.

Europe on their mind

Yet, despite American media's intense coverage of Europe's economic misery, there is no distraction campaign to conceal domestic economic problems. Surely, on a political level, Obama will continue to subtly blame the eurozone's struggles for some of America's own hardships. It might even be a standard item of his reelection campaign strategy - anything to take the wind out of the Republicans' sails who say that Obama alone messed up the economy.

Two circumstances lead to the conclusion, however, that coverage is driven by concern rather than by efforts to mask US problems: One regarding the quantity of reporting, the other regarding the quality.

If the American media reported from Europe as a distraction, this would require very little coverage of the US economy and its problems. This is not the case - quite the contrary. Reports about the jobless numbers, poverty rates, the debt ceiling, gas prices or the stock market abound not only in financial news outlets. Therefore, the fact alone that there is a lot of coverage on Europe's problems does not mean that the US media ignores domestic issues. Still, a closer look at America's own pension system or demographic development could not hurt, either.

Concerning the quality of reporting, those stereotypical and hyperbolic, sometimes even flat-out wrong, articles on the European economy are offset by a much larger number of rather dry economic coverage. For the most part, reports try to make sense of what is happening, explain economic jargon or introduce the American audience to those affected across the pond. It is remarkable here that economic journalism might become much more widely consumed because of the crisis. Similarly noteworthy is the fact that US media cannot get around including EU actors in their reporting anymore. Before the crisis, the Union was mostly shunned in US media due to its complex and seemingly distant and dull nature.

The global financial crisis, which began and played out largely in the US, has arguably intensified the American public's awareness of economic topics. From bailouts to financial reforms, people around the nation were affected by that downturn. So if the collapse of a single investment bank can be the start of a downward spiral for the US economy, what will happen if an entire currency area collapses? Such economic concerns rank highest among Americans' worries and what worries the people, worries the papers.