US lifts restrictions on 'smart' landmines

The Trump administration lifted restrictions on the deployment of "smart" anti-personnel landmines. Traditional landmines are notorious for injuring civilians, including children, years after conflicts have ended. 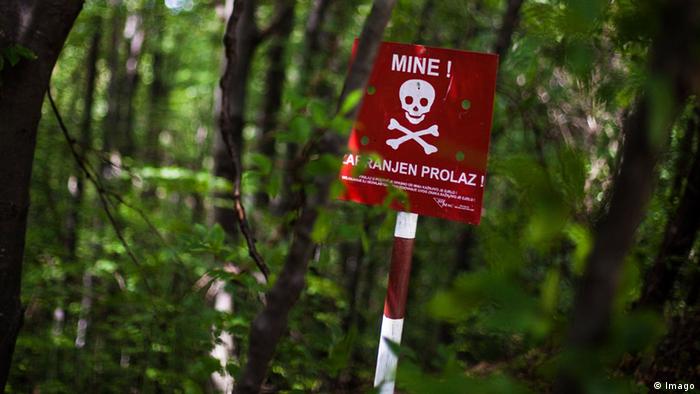 The US military will now again be free to deploy landmines after the Trump administration lifted restrictions, saying new technology made them safer.

Restrictions will be lifted for anti-personnel landmines that can be switched off or destroyed remotely rather than staying active in the ground forever, according to a White House statement.

The new generation "non-persistent" landmines could be deployed anywhere in "exceptional circumstances," said the White House.

The ban is a reversal of former US President Barack Obama's policy that outlawed all types of anti-personnel landmines, except on the Korean peninsula along the border between North and South Korea.

"The Department of Defense has determined that restrictions imposed on American forces by the Obama administration's policy could place them at a severe disadvantage during a conflict against our adversaries."

Traditional landmines left in the ground after conflicts continue to maim thousands of civilians, including children, each year. Landmines that cannot be turned off or remotely destroyed will still come under the ban.

Groups speak out against landmines

Many groups reacted strongly to the Trump administration decision. The Arms Control Association, a Washington-based research and advocacy group, said "smart" landmines have failed to work and been rejected by all NATO allies of the United States.

"The world has moved on from the use of landmines. The US should, too," said Jeff Abramson, a senior fellow at the association.

"This shameful move will ultimately be reversed by future US leaders," said Mary Wareham from the arms policy division of Human Rights Watch.

How dangerous are landmines?

In 2018, a total of 6,897 people worldwide were killed or injured by mines or leftover explosives from war, according to research by the Landmine and Cluster Munition Monitor.

Nearly 75% of identified victims were civilians, and more than half of those civilians were children, said the report.

A total of 164 countries, but not China, the US or Russia, have signed up to the United Nations' 1999 Ottawa treaty — an international anti-landmine convention imposing restrictions and controls on the explosives.