A German tourist has been killed in a landmine explosion near a popular hiking spot for backpackers. An Argentinian woman was also injured. 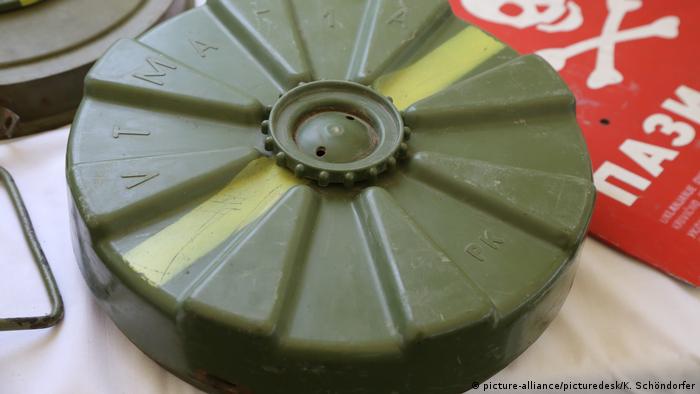 A German tourist has been killed by a landmine blast in northern Myanmar, Germany's Foreign Ministry confirmed on Wednesday.

The incident happened near the town of Hsipaw, in Myanmar's Shan province, on Tuesday, according to local authorities and the charity Without Borders.

The 40-year-old was "killed in a mine blast," a local police officer said to AFP.

A 39-year-old Argentinian woman was also left "slightly injured" by the explosion, the officer said.

Without Borders, a local non-government organization, said the Argentinian woman had since been discharged from the hospital. The charity is a volunteer-run de facto ambulance service.

The lethal landmine was near a popular hiking track near Hsipaw, where tourists often take a scenic train route from Mandalay to reach the mountains.

The explosion took place on Tuesday close to the villages of Pan Nayung and Kwun Haung.

But the police officer highlighted that "tourists are not permitted to go to that area."

The accident took place only days after Myanmar was shamed over its continuing use of landmines.

Last week the 2019 Landmine Monitor Report found that the country is a top offender. Myanmar is believed to be the only country in the world where the use of new anti-personnel mines has been documented over the past year.

Anti-personnel mines are designed to target humans, as opposed to anti-tank mines which are designed for use against vehicles.

Sections of land in Myanmar are not accessible to people due to landmine risks. For decades the country has been experiencing armed conflict between various ethnic groups who are fighting the military for more autonomy.

Both groups are accused of using landmines and Myanmar has so far refused to sign the Mine Ban Treaty.

In 2016, local media reported that two foreign tourists were wounded in a mine blast in the nearby town of Kyaukme.

The ethnic Intha people in Myanmar's Shan state staged a unique protest against the military junta, holding megaphones and placards on boats in Inle Lake, a popular tourist destination in the country.