US-led coalition to ramp up operations against IS

Military leaders have agreed to bolster strategic operations in Iraq against "Islamic State" militants. The decision comes after a one-day meeting in Paris of 25 countries in the US-led coalition against the terrorists. 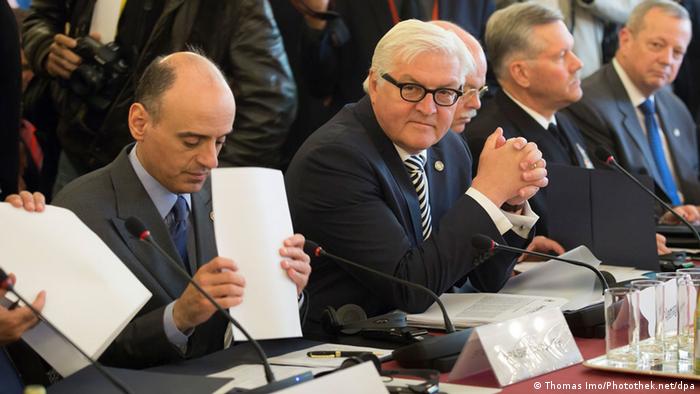 The 25 countries that make up the US-led coalition against "Islamic State" (IS) militants have pledged to ramp up their strategy to fight the extremists.

"We will redouble our efforts," said US Deputy Secretary of State Tony Blinken, who was leading the Paris delegation on Tuesday in place of John Kerry. Kerry is recovering in the US after breaking his leg in a biking accident in France over the weekend.

The IS "stands for nothing and depends on people who will fall for anything," Blinken said. The US also planned to make it easier for Iraq to obtain new weapons and would send anti-tank rockets to Iraq forces to use against IS' fortified tanks.

"Ramadi was a setback," said Iraqi Prime Minister Haider al-Abadi, referring to the recent capture by IS militants of the capital of the Sunni-majority Anbar province, about 100 kilometers (60 miles) away from Baghdad.

Al-Abadi added that he had launched an inquiry into why without fighting, leaving behind several US-supplied vehicles including tanks. 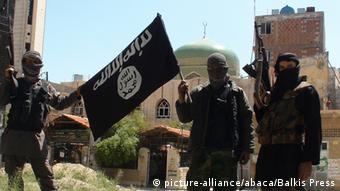 Al-Abadi defended his soldiers, saying they did not know what they were up against and that a lack of intelligence played a role in the loss of the city.

"The Iraqi government wishes to move ahead. But Daesh is not only a threat to Iraq, it is a threat to the world," he added, using the Arabic acronym for the "Islamic State." Al-Abadi asked that Western powers do more to rout the rebels from Iraq.

Speaking to participants in a conference call, US Secretary of State John Kerry expressed his disappointment at the coalition's slow progress over the last nine months. "We have much too far to go to relax our sense of urgency," Kerry told the audience.

US-led coalition forces have launched more than 4,100 airstrikes on IS territory in Iraq and Syria, regaining 25 percent of the land occupied by the militants. However, the attacks haven't helped stem the flow of thousands of foreigners who have poured into the region to join the militant outfit.

Speaking after the meeting, French Foreign Minister Laurent Fabius said a defeat of IS would probably only be possible with a simultaneous monitoring of the situation in Syria. "Stabilization of Iraq cannot be achieved if there is not a political transition in Syria," he said. Reconciliation between Iraq's Shiite-dominated government and the majority Sunni population was also necessary for peace, he added.

German Foreign Minister Frank-Walter Steinmeier (top photo, center) also said the coalition was "under no illusion that a victory by military means will be easy" and that "winning peace will be difficult." That is why representatives at the conference spoke about military action and about "what's needed to bring stability to the areas that have been freed from ISIS troops," Steinmeier concluded, using another name for IS.

"Islamic State" militants have occupied large parts of Iraq and nearly 50 percent of Syria since last summer. The extremist Sunni militia aims to establish a caliphate based on a very narrow interpretation of the Islamic Sharia law.

'IS' in Palmyra: a propaganda success?

Getting upset about the destruction in Palmyra is just what the 'IS' wants, says expert Stefan Webber. But why does the destruction of old stones frighten us more than the murders at the UNESCO World Heritage site? (01.06.2015)

Shiwa left her home country Iran to fight against "Islamic State" because she believes their ideology goes totally against women's rights. She feels it's her duty to try to stop them. (01.06.2015)

Iraqi army losing the will to fight

The Iraqi army has suffered significant defeats in the fight against "Islamic State." And it has nothing to do with its equipment or the training of its soldiers. The reasons are mainly political. (26.05.2015)