US consumer prices rose by more than projected in January as apparel costs jumped the most in nearly three decades, adding to signs of an inflation pickup that has roiled financial markets this month. 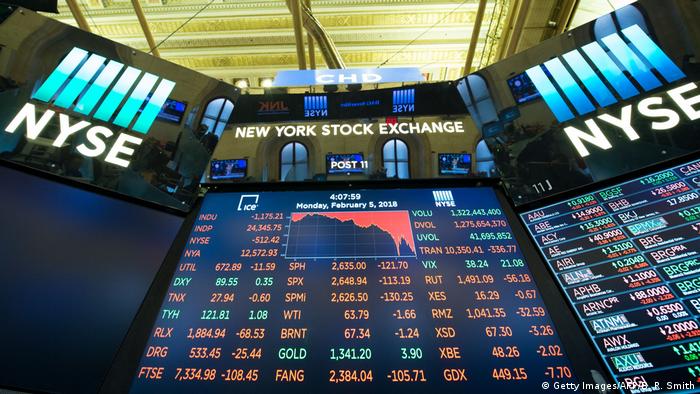 The US Consumer Price Index (CPI), which tracks the costs of household goods and services, rose 0.5 percent last month, with a measure of underlying inflation, excluding volatile food and fuel prices, posting its biggest gain in a year.

According to the data released by the US Labor Department on Wednesday, core inflation rose 0.3 percent on the month, and 1.8 percent compared with January last year, coming in ahead of consensus expectations of a dip to 1.7 percent.

The core CPI is the preferred inflation measure of the US Federal Reserve, and January's reading may be strengthening expectations that price pressure in the US will accelerate, and may force the central bank to increase interest rates faster than currently envisaged.

The fairly strong inflation report is likely to put more pressure on financial markets in the US and beyond. Recent strong wage growth data prompted investors to raise their expectations for rate rises in the US, and roiled global bond and equity markets in recent days.

US bond yields jumped and US stocks slumped sharply after the release of the inflation data. Later Wall Street recovered much of the losses and gained as investors saw rising inflation as a sign of the strength of the US economy. However, analysts also said volatility in US stock markets would remain high.

Read more: The Dow flash crash: of machines and men

There are fears that inflation could force the Fed to be a bit more aggressive in its monetary policy, raising rates probably more often than the three times currently anticipated for 2018. That would slow economic growth and hit stock valuations that are considered sky-high and bound to slump by many analysts.

The Labor Department said its CPI increased as households paid more for gasoline, rental accommodation and healthcare. A 1.7 percent monthly gain in apparel prices, which account for about 3 percent of the CPI, was the biggest since 1990. Women’s apparel costs jumped a record 3.4 percent, the report showed.

More importantly, average hourly wages jumped 2.9 percent on an annual basis in January, the largest rise since June 2009. A pickup in wage growth as the labor market hits full employment is expected to contribute to higher inflation. Price pressures are also seen being fanned by the Trump administration's package of tax cuts and increased government spending on infrastructure.

All eyes on Fed as US market soars