The museum said it wished the Nobel Peace laureate "would have done something" to stop a brutal campaign against the Rohingya population. More than 40,000 people have been "lost" and presumed dead, according to a report. 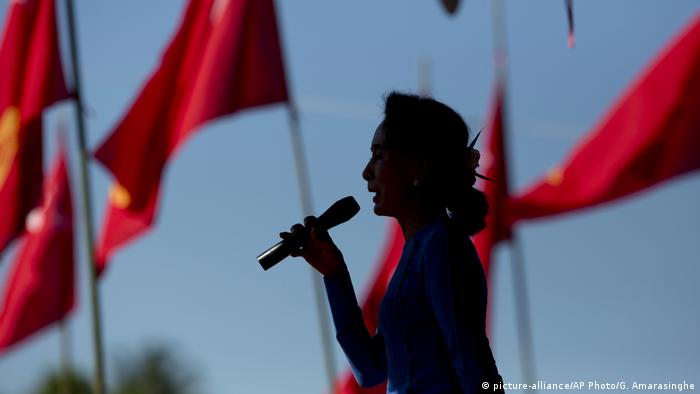 The US Holocaust Museum announced on Wednesday that it had revoked a human rights award given to Nobel Peace laureate Aung San Suu Kyi, the civilian leader of Myanmar.

In 2012, the Holocaust Museum presented Suu Kyi with "the first Elie Wiesel Award" for her pro-democracy efforts under decades of military rule. Other awardees include German Chancellor Angela Merkel and Democratic lawmaker and civil rights activist John Lewis.

Read more: Myanmar's Rohingya 'need all the help they can get'

The museum said Suu Kyi failed to live up to the standards it expected of the award's recipients. The prize is awarded to people who uphold the vision "of a world where people confront hatred, prevent genocide and promote human dignity."

In their letter informing Suu Kyi of the withdrawal of the award, museum officials said they hoped she "would have done something to condemn and stop the military's brutal campaign and to express solidarity with the 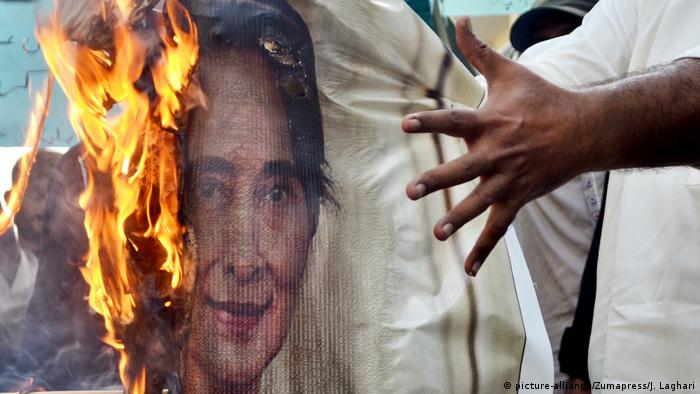 Since August, Myanmar has witnessed its worst sectarian violence in years. Burmese security forces and Muslim-minority Rohingya militants have accused each other of burning down villages and staging mass executions.

Earlier this month, the United Nations accused Myanmar of launching a "campaign of terror and forced starvation" against the Rohingya people. Several governments, human rights groups and international organizations have warned that the military's offensive may amount to ethnic cleansing.

More than 40,000 people have been "lost" and are presumed dead after being forced to migrate to neighboring Bangladesh, according to a report published by ASEAN Parliamentarians for Human Rights (APHR) earlier this month.

"The severity of the atrocities in recent months demands that you use your moral authority to address this situation," the museum said. "While Myanmar has taken important first steps on the road to democracy, any transition that does not protect the country's most vulnerable communities will be deeply flawed."

'We must not be silent'

US Democratic lawmaker James McGovern of Massachusetts praised the museum's decision, saying it was an important step "for standing in solidarity with victims."

"Injustice anywhere is a threat to justice everywhere. Aung San Suu Kyi's refusal to condemn or halt ethnic cleansing of Rohingya Muslims in Myanmar is shameful," McGovern said. "We must not be silent."

The Holocaust Museum is dedicated to the victims of National Socialism. During World War II, Nazi Germany – under the leadership of Adolf Hitler – orchestrated the Holocaust, in which more than 6 million Jews were murdered.