Nikolas Cruz apologized as several tearful relatives of victims watched him, online, enter his pleas. Early next year, a jury will decide whether to impose the death penalty or give a life sentence without parole. 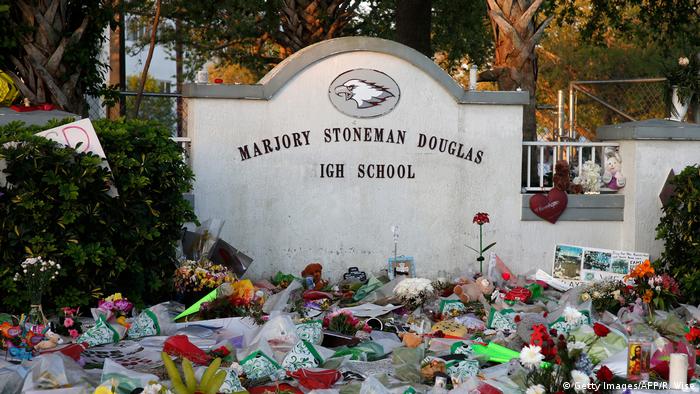 Nikolas Cruz pleaded guilty to murder on Wednesday over the 2018 high school massacre in Parkland, Florida, that left 17 people dead.

A dozen relatives of the victims from the massacre that took place at Marjory Stoneman Douglas High School heard Cruz enter his pleas via Zoom.

Cruz was 19 years old when he opened fire on staff and students at the school he had been expelled from a year before.

What did Cruz say?

Now 23, he apologized for his actions, saying, "I am very sorry for what I did. And that if I were to get a second chance I will do everything in my power to try to help others... I have to live with this every day, and it brings me nightmares that I can't live with myself sometimes."

He also said he wanted the survivors of the Valentine's Day attack to determine his fate. Prosecutors have vowed to seek the death penalty.

Wednesday's guilty pleas to both the 17 counts of murder, as well as 17 counts of attempted murder for those hurt in the attack, will set the stage for a trial to decide Cruz's punishment. Twelve jurors will preside over whether he should be given the death penalty or sentenced to life in prison without parole.

Cruz had a documented history of mental health and behavioral issues at the time of the "cold, calculated and premeditated" killings, Broward County's State's Attorney Office said in court documents.

The gun violence on February 14, 2018 that left 14 students and three staff dead sparked further debate over gun control laws in the United States.

Earlier this year, when marking the third anniversary of the attack, President Joe Biden asked Congress to reform gun laws in the US.

"This administration will not wait for the next mass shooting to heed that call," he said, adding there was an "epidemic of gun violence" in the US, putting schools and communities at risk.

Biden called on lawmakers to pass legislation that would require background checks on all gun sales and ban assault weapons and high-capacity magazines. He also wants gun manufacturers liable for shootings.

'March for Our Lives'

Student-led protests took place across the United States in the wake of the Parkland attack.

Under the banner "March for Our Lives" some 800 rallies were held in the US while several solidarity marches also occurred in countries such as Germany, the United Kingdom, France and Switzerland.

Americans stock up on guns and ammo amid coronavirus pandemic