The United States is going to spend trillions of dollars to cushion the impact of the spread of coronavirus, but the nation is already steeped in debt. Could two trillion-dollar coins resolve the problem as if by magic? 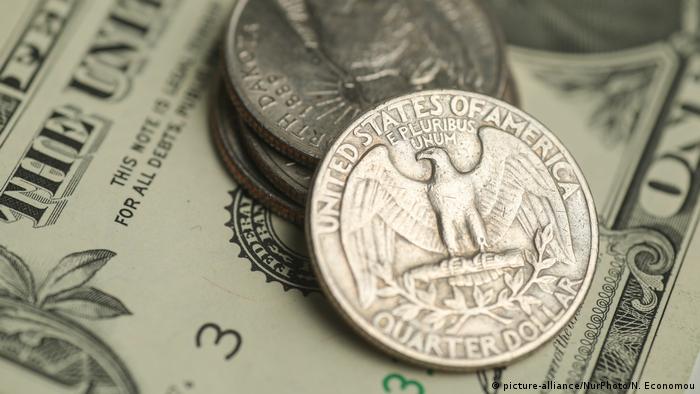 Nations are going through trying times, and they have to get creative in the fight against the coronavirus pandemic. In the United States, Democratic Congresswoman Rashida Tlaib is among those who say that extraordinary circumstances require extraordinary responses.

A couple of days ago, Tlaib, who represents a district in Michigan that includes part of Detroit, introduced a bill in the House of Representatives to make life easier for people during the COVID-19 crisis. She proposed sending everyone a debit card loaded and then reloaded with at least $1,000 (€914) every month "until one year after the end of the coronavirus crisis."

You could call that a basic income, and the very idea sounds fairly intriguing. However, just how the measure is meant to be financed looks more than a bit bizarre to many. Tlaib proposes minting two platinum coins with a face value of $1 trillion each.

To many observers it looks like one of the wackiest proposals ever pondered in the context of easing America's financial woes. While some are still debating just how much money will be required in terms of aid packages in the US, others are warning of the financial fallout of increased spending.

For the first time in US history, public debt could hit the $25-trillion mark this year. Several trillions are needed to cushion the impact of the coronavirus alone. But because the US administration is not allowed to have the Federal Reserve print or rather digitally create more money just like that, it usually issues new sovereign bonds.

But there's another option, says Rashida Tlaib, basically because of a legal loophole still in place.

While the US Treasury Department is not allowed to mint coins made of copper, silver or gold, it is allowed to mint platinum coins and make them legal tender. This goes back to a 1997 law originally relating to commemorative coins. There are no known restrictions as to the face value of such coins as long as they contain a certain amount of platinum. 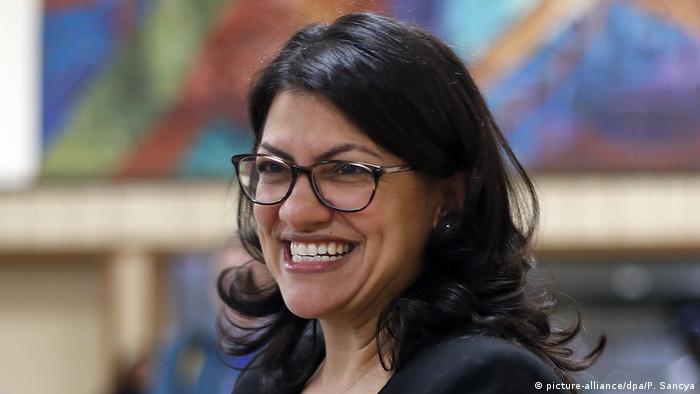 Rashida Tlaib seen smiling during a rally in Dearborn

So, in theory, minting two platinum coins worth $1 trillion each would be possible. The Treasury would create two such coins and sell them to the Fed which would credit the US Mint's account at the central bank with the $2 trillion in reserves. That way, the US could buy back some of its own debt or finance additional spending. Amid COVID-19, the government would not have to increase its liabilities.

An idea with a longer history

The idea dates back to the 2007/2008 global financial crisis, but both the government and the central bank turned it down back then. This time around, the chances of the proposal becoming a reality are just as slim.

"Simply mint a trillion-dollar coin and use it as a way to finance the government — that sounds like the plot of a bad Simpsons episode," said Donald Marron, who's the director of Economic Policy Initiatives at the Urban Institute in Washington.

Implementing Rashida Tlaib's proposal would certainly raise a lot of eyebrows because of the legal and moral issues involved. "It's not something that would inspire confidence in the way of managing economic affairs and managing the government," Marron noted. He also pointed to the danger of excessive inflation.

But supporters of Tlaib's idea argue fears of hyperinflation are largely unfounded. Economist and Nobel Prize winner Paul Krugman is among the most prominent proponents of the scheme. He said that in times when conventional monetary and fiscal policy were failing, it wouldn't make much difference whether the state financed its extra spending through fresh borrowing or new banknotes.

He said that should consumer prices go up markedly, the central bank could step in with measures to curb the trend. After all, countries such as Japan are proof that printing more money doesn't necessarily have to lead to high inflation.

Marron is convinced, though, that platinum coins will not be resorted to in the near future.

"This is a fun side topic to discuss in what are otherwise incredibly trying and scary times," he said. "At the moment, the United States is an incredibly popular issuer of sovereign debt."