US Federal Reserve hikes rates one more time in 2018

Federal Reserve policymakers have raised the key interest rate one more time, thus drawing the ire of the US president. He had insisted a renewed rate hike would be bad, considering global economic uncertainties. 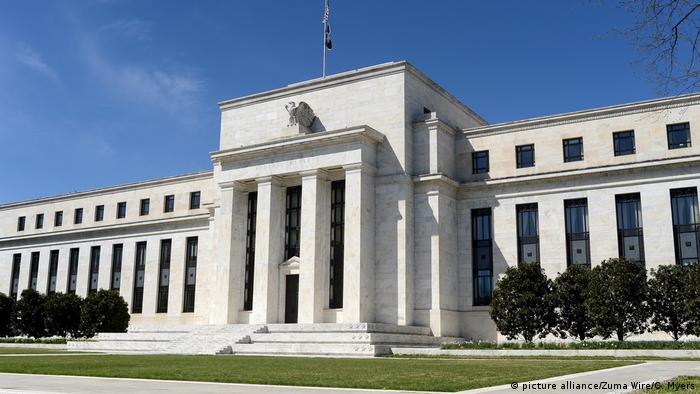 Meeting for the last time this year, US central bank policymakers increased the key interest rate for a fourth time in 2018. The quarter-point hike took the rate to the target range of 2.25-2.5 percent.

The renewed increase — the ninth since the Fed started raising rates back in 2015 — mirrored the consensus view among investors and once more demonstrated the central bank was not willing to bow to any outside pressures.

Three years ago, the Fed began moving away from the near-zero rate that had been in place since the peak of the global financial crisis. For consumers, any hike in the rate has meant higher borrowing costs, including mortgage and credit card payments.

Trump will hate it

US President Donald Trump has repeatedly lashed out against the Federal Reserve's rate hikes, arguing they've been coming too fast and might choke growth in the world's largest economy.

Earlier this week, Trump on Twitter referred to an op-ed in the Wall Street Journal, advising the Fed to suspend rate hikes for a while.

While there was no way of stopping the Fed from making another hike this year, a slowdown is in the pipeline for 2019. Federal Reserve Chairman Jerome Powell said in late November that the key interest rate was just below neutral, meaning it had reached a level that neither slowed nor boosted the economy.

On Wednesday, the central bank's policy statement said more gradual hikes would be likely next year, but its updated forecast suggested that there would be only two increases instead of three as envisaged last September.

That will bolster investor expectations that the US central bank will be more cautious about future monetary tightening next year, given global economic uncertainties.

There are no doubt a number of risks worth considering, among them highly volatile financial markets, a large-scale, but unresolved trade conflict between the US and China, huge corporate debt levels and a pronounced dent in growth in many European and Asian nations, including Germany and Japan.