An evangelist preacher is urging people to snub "Beauty and the Beast," claiming that Disney is "trying to push the LGBT agenda into the hearts and minds of your children." One US theater has already canceled screenings. 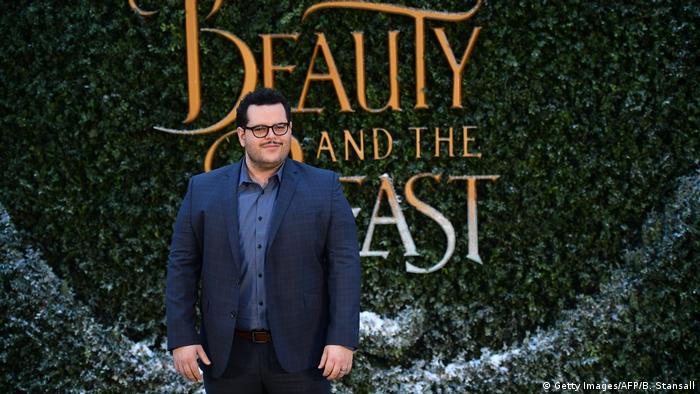 With just two weeks to go until the hugely anticipated live-remake of Disney's "Beauty and Beast" hits movie theaters around the world, one evangelist preacher based in the US state of North Carolina is calling for a boycott.

In a Facebook post on Thursday, Franklin Graham, son of evangelist preacher Billy Graham and president of the Billy Graham Evangelistic Association, claimed that Disney was attempting to "normalize this [gay] lifestyle."

The moment in question will focus on villain Gaston (Luke Evans), who pursues the anything-but-interested Belle (Emma Watson) and his devoted sidekick LeFou, played by Josh Gad.

In an interview with "Attitude" magazine, Condon said: "Le Fou is somebody who on one day wants to be Gaston and on another day wants to kiss Gaston. He's confused about what he wants.

"It's somebody who's just realizing that he has these feelings. And Josh makes something really subtle and delicious out of it," Condon added.

Speaking at the film's Los Angeles premiere on Thursday evening, Gad said he was "very proud" of the scene.

Hot on the heels of the announcement, evangelist Graham wrote on Facebook: "They're trying to push the LGBT agenda into the hearts and minds of your children - watch out!"

"I hope Christians everywhere will say no to Disney," the preacher added. 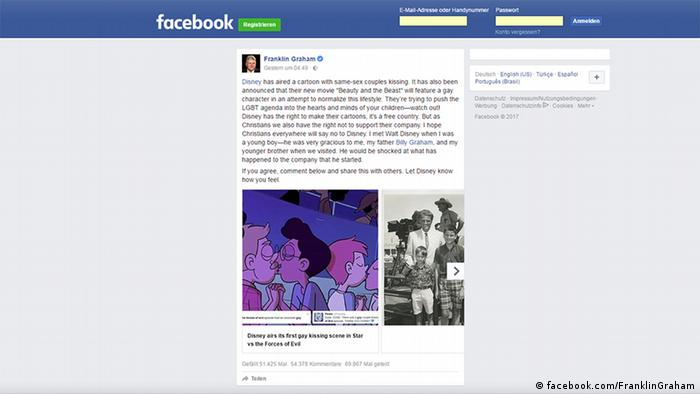 A movie theater in Alabama also announced on Friday "with great sorrow" that it would not be showing "Beauty and the Beast."

"When companies continually force their views on us we need to take a stand," Henagar Drive-In wrote on its Facebook page.

"We are first and foremost Christians. We will not compromise on what the Bible teaches," the post added. 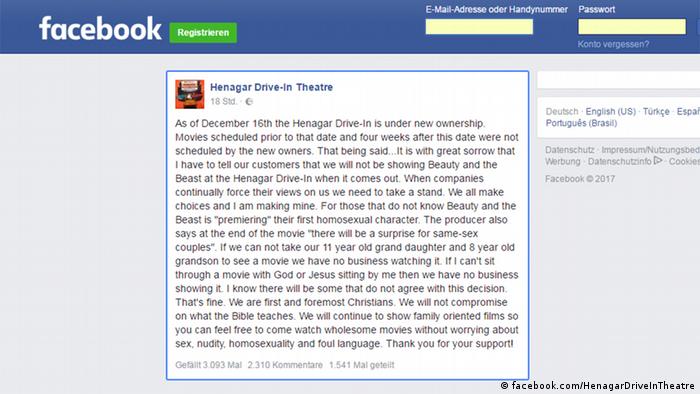 Elsewhere, however, Disney's decision has been praised as a "wonderful step forward."

"This is incredibly important for the youth of today," said Sarah Kate Ellis, president of GLAAD, the LGBTQ media advocacy group.

"They need to see themselves reflected in the media they consume. More and more, as studios want to appeal to youth audiences, they're going to have to include LGBTQ story lines and characters."

Due to open in Germany on March 16, some box office analysts have predicted that the remake of the 1991 classic could bring in more than $100 million (94 million euros) in North America alone on its opening weekend.