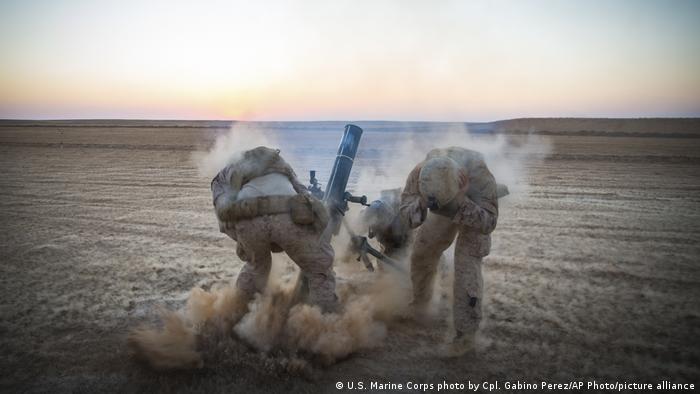 Over the past five years, Western countries' exports made up the bulk of weapons delivered to the Middle East and North Africa, according to a report published this week by the Washington-based Center for International Policy (CIP).

The US leads the way, with a share of nearly 50% of all arms transfers to the region, while France, the UK, Germany and Italy constitute 24%. Russia was the second-largest single arms supplier to the region, trailing behind the US with 17% of the global arms export market to the region.

The CIP, a think thank that advocates for peaceful international engagement, reports that arms exports are often described "as a force for stability, a way to cement alliances, a way to counter Iran, or, more generally, as a tool for creating a balance of power that makes conflict less likely."

Small arms and other military aid have played a role in perpetuating conflict but major weapons systems have visited massive destruction on the region, said William Hartung, the report's author and director of CIP's Arms and Security Project.

"Aerial bombardment and the use of long-range artillery have been instrumental in the deaths of tens of thousands of civilians directly, and are indirectly responsible for hundreds of thousands" when the bombing of infrastructure is taken into account, Hartung said.

In Yemen, US and British aircraft, bombs, missiles and armored vehicles delivered to Saudi Arabia and the United Arab Emirates have contributed to a war that has cost more than 100,000 lives.

In Egypt, US-supplied combat planes, tanks and helicopters have been used in "what is supposedly a counterterror operation in the Northern Sinai but, in reality, has become a general war against the civilian population of the region," according to the report.

US weapons have also ended up in the hands of opposing sides of conflicts in Iraq, Yemen, Syria and Libya. Russian equipment has also played a large role in Syria's and Libya.'s civil wars. Weapons deliveries from Turkey and the UAE have exacerbated the conflict in Libya, as well — with reports that some of those arms were made in the United States, according to the Geneva-based Small Arms Survey. 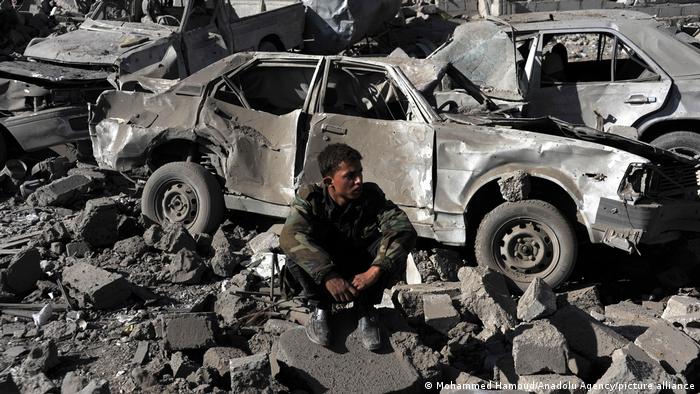 A Saudi-led coaltion has led airstrikes in Yemen using US and European hardware since 2015.

In June, General Kenneth McKenzie, head of US Central Command — one of 11 US combatant commands — said that arms sales to various Middle Eastern countries helped prevent the clients from relying more on Russia and China for their military hardware.

Observers say, however, that even if the US and its EU allies were to decrease arms exports to the region, it would be unlikely that Russia or China could exploit the gap, because of international measures aimed at keeping their weapons industries in check.

"It would be very difficult for Russia and China to quickly fill the gaping void left by any combined move to reduce arms sales to the region," said Robert Mason, a fellow with the Sectarianism, Proxies and De-sectarianizstion project at Lancaster University in the UK.

US measures, such as the Countering America's Adversaries Through Sanctions Act signed by President Donald Trump in 2017, would "continue to exert pressure on states that purchase from Russia," Mason said. "China has already experienced secondary sanctions. Turkey may yet be sanctioned for its purchase of the S-400 (missile system) from Russia. Other Russian clients such as India, Egypt and Algeria will have to consider such risks, as will those states which have already embarked on technical cooperation with Moscow, such as Turkey, Saudi Arabia and the UAE." 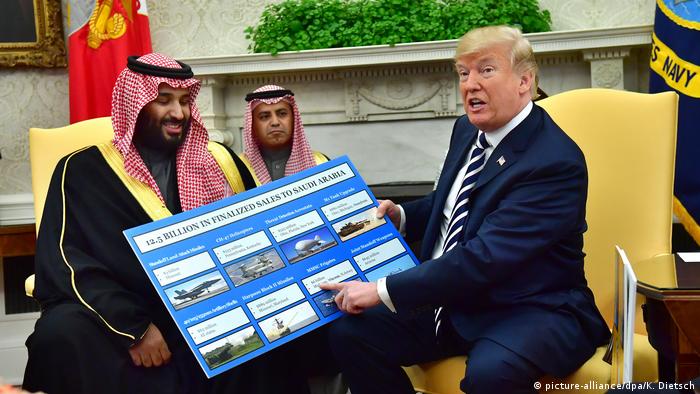 Experts said US arms exports had only emboldened regimes such as those in Saudi Arabia and the UAE and added that that support for oppressive governments had set the stage for future instability in the region.

"We might be getting some short-term gains, but, in the long term, some very terrible outcomes," said Jodi Vittori, a scholar at the Carnegie Endowment for International Peace and former lieutenant colonel in the US Air Force.

The CIP report also highlights how dependent major Western arms producers are on the region's market, with three of the top five arms suppliers — the US, France and the UK — making more than half of their global arms deliveries to the region. For Germany, the region accounted for half of its arms business.

"The question is: How much strategic security thinking is being used to make decisions about whether to supply weapons to countries in the Middle East?" said Pieter Wezeman, a senior researcher at the Stockholm International Peace Research Institute, a global arms monitor. "Or is it primarily straightforward economic motives of export revenue and jobs that drives the export of arms to these countries."

Ahead of the presidential election on November 3, the CIP report makes a number of recommendations for US lawmakers to limit arms flows and establish oversight of weapons sales. But what can European powers do to end their part in fueling conflicts while upholding strategic partnerships in the Middle East and North Africa?

"It is so important for Western countries to make their arms exports to any region, but particularly the Middle East, truly part of a holistic security policy and make sure that it's not driven by economic interests," Wezeman said. "Otherwise it will backfire in the end."

Saudi Arabia is one of the German arms industry's top customers, despite human rights concerns over Yemen. It took the murder of Saudi journalist Khashoggi for Germany to temporarily halt arms exports. DW investigates.

German Foreign Minister Annalena Baerbock is ending her first official Middle East trip in Egypt, where she spoke about human rights and their influence on Germany's weapons sales.

Germany's foreign minister was in Egypt when she called on German nationals to leave Ukraine. During her whirlwind Middle East tour, she was preoccupied by the crisis in Eastern Europe, DW's Rosalia Romaniec reports.