US Democrats said they will investigate allegations made by a nurse in Georgia that "mass hysterectomies" were performed on migrant women at an ICE detention facility. The agency has disputed the claims. 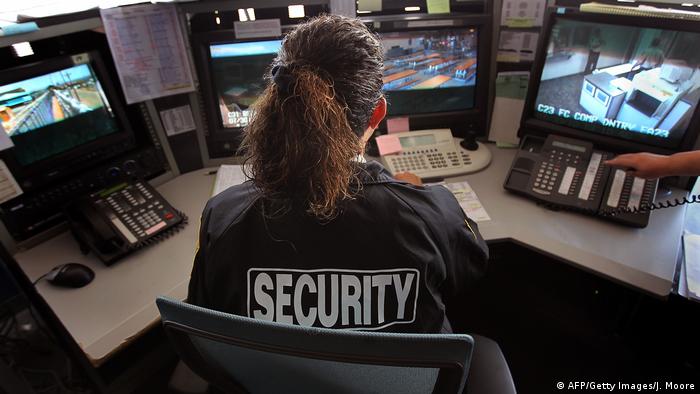 Top US Democrats reacted furiously on Tuesday to complaints made by a Georgia nurse who alleged that migrant women held at a detention center received questionable hysterectomies and other gynecological procedures.

House Speaker Nancy Pelosi and Senate Minority Leader Chuck Schumer were among those to condemn the allegations.

"If true, the appalling conditions described in the whistleblower complaint — including allegations of mass hysterectomies being performed on vulnerable immigrant women — are a staggering abuse of human rights,'' Pelosi said in a statement.

Representative Bennie Thompson, a Mississippi Democrat who chairs the House Homeland Security Committee, said the panel is conducting an ongoing inquiry about the conditions at Immigration and Customs Enforcement (ICE) contractor facilities "and will be examining these new and incredibly serious allegations.''

News agency Reuters reported that a federal watchdog, the Department of Homeland Security's (DHS) Office of the Inspector General, will probe Wooten's claim.

A top medical official with ICE "vehemently'' disputed the claims in a statement that came after Democrats declared they would investigate the matter.

According to Dr. Ada Rivera, the medical director of the ICE Health Service Corps, only two women have been referred for hysterectomies from the facility since 2018 based on recommendations by specialists that "were reviewed by the facility clinical authority and approved."

The whistleblower nurse alleged that a gynecologist she called the "uterus collector'' was performing "mass hysterectomies."

In a media conference on Tuesday, Wooten's lawyers refused to release her full statement that she made to the DHS Inspector General, while Wooten herself declined to take questions after making a statement with no reference to mass hysterectomies.