US closes embassy in Yemen amid political turmoil

The United States has closed its embassy in Sanaa due to security concerns, following the collapse of the government. Despite the political instability, Washington continues to target al Qaeda members in Yemen. 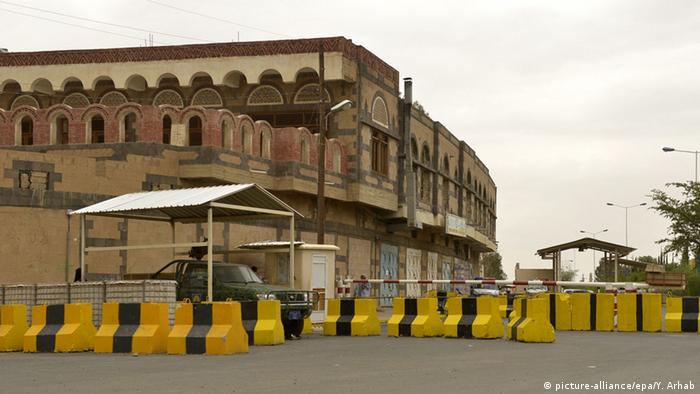 The decision to close the US outpost in Yemen to the public was made "out of abundance of caution and care for our employees and others who may be visiting the embassy," US officials said in a statement published on Monday.

"The US Department of State warns US citizens of the high security threat level in Yemen due to terrorist activities and civil unrest" and urges them "not to travel to Yemen," the embassy statement said, adding that "US citizens still in Yemen should make plans to depart immediately."

The security concerns are caused by the recent political turmoil caused by the Shiite Houthi rebels which resulted in both the government and the president resigning last week. The former president, Abed Rabbo Mansour Hadi had been a key ally of Washington in the fight against al Qaeda.

His resignation has not yet been considered by the parliament, and the tensions remain high after the Houthi power grab. UN envoy Jamel Benomar met with the Houthi leaders on Monday, trying to broker an agreement between the political forces in Yemen.

Meanwhile on Monday, the rebels sent their fighters armed with knives and batons against the people protesting their actions in the capital city of Sanaa. The militiamen also fired warning shots to disperse the crowd, attacked journalists and destroyed their cameras.

One U.S. security official who spoke on condition of anonymity told the Reuters news agency that the most likely reason the the US outpost in Yemen had been closed was that it was surrounded by "chaos."

The closure of the embassy occurred just hours after a suspected drone strike killed three al Qaeda fighters in Yemen, a possible signal from Washington that it intends to continue fighting the members of this global terrorist network in Yemen.

In addition, US President Barack Obama stated on Sunday that the US government would continue to target terrorist in Yemen, despite the turmoil and the resignation of President Hadi.

He said that his approach "is not neat and it is not simple, but it is the best option we have," and ruled out the deployment of the American troops in Yemen.

The Yemeni branch of al Qaeda - known as al Qaeda in the Arabian Peninsula (AQAP) - is believed to be among the most dangerous segments of the organization, attempting several failed attacks on US soil and taking responsibility for the recent Paris massacre.

The United States has withdrawn some of its embassy staff members from the Yemeni capital Sanaa. Political turmoil prompted the move and has raised concerns in Washington about its anti-terrorism efforts in Yemen. (23.01.2015)