The United States has withdrawn some of its embassy staff members from the Yemeni capital Sanaa. Political turmoil prompted the move and has raised concerns in Washington about its anti-terrorism efforts in Yemen. 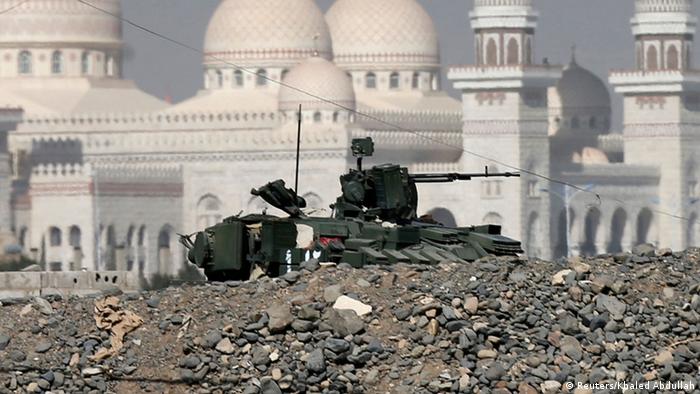 "While the embassy remains open and is continuing to operate, we may continue to re-align resources based on the situation on the ground," an official speaking anonymously said. "We will continue to operate as normal, albeit with reduced staff."

"We continue to support a peaceful transition," Psaki told reporters. "We've urged all parties and continue to urge all parties to abide by ... the peace and national partnership agreement."

Uncertainty of who would next lead the Arab country has raised concerns about the future of US anti-terrorism cooperation with Sanaa. Yemen's government has allowed the US to conduct drone strikes against the al Qaeda branch there, known as al Qaeda in the Arabian Peninsula (AQAP).

The Yemeni government was due to hold an emergency session on Friday in response to the resignation of both President Abed Rabbo Mansour and Prime Minister Khaled Baha.

Baha's government said that it did not want to be dragged into "an unconstructive political maze," apparently referring to a stand-off between Hadi (pictured) - who is seen as a US ally - and the powerful Zaydi Shiite Houthi movement, which has been linked with Iran.

Hadi had on Wednesday pledged political concessions in a nine-point deal with the Houthis who, in return, were expected to quit positions they had taken around the palace. However, the rebel fighters remained in place around the president's residence on Thursday.

The Houthi rebels seized positions - and presidential guard vehicles - around the palace.

Yemen has been troubled with instability since the departure of ousted President Ali Abdullah Saleh in 2012.

Military officials close to Hadi were reported as saying the Houthis had pressured him to give a televised speech to bring calm to the streets. They were also said to have demanded appointments in the presidential office, the defense ministry, and provincial capitals.

However, the terms were believed to have proved too much for Hadi - who remained confined to his home - to concede.