Nearly 150 million Americans' information, including Social Security numbers and driver's license data, was compromised in a 2017 breach of a major US credit reporting agency. China denies the allegations. 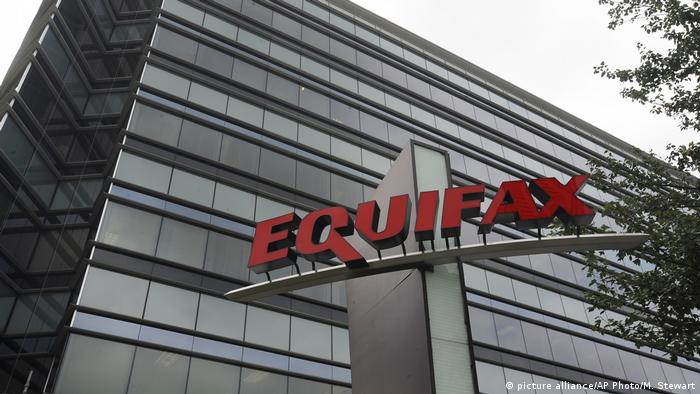 US Attorney General William Barr on Monday said that the US had indicted four members of the Chinese People's Liberation Army (PLA), believed to be involved in the 2017 breach of the Equifax credit reporting agency that affected roughly 145 million people.

"This was one of the largest data breaches in history," Barr said of the hacking, which came to light in the summer of 2017.

The Justice Department accused Beijing of being behind the theft of citizens' personal details as well as some of Equifax's company secrets.

China's Foreign Ministry reacted on Tuesday, insisting that China "never engages" in cybertheft, adding that "China is also a serious victim of US cybertheft."

Those accused by the US authorities are based in China and none are in custody. US news agency AP reported that officials in Washington hoped to deter other would-be hackers by demonstrating their ability to track individuals in such cases.

"Today, we hold PLA hackers accountable for their criminal actions, and we remind the Chinese government that we have the capability to remove the internet's cloak of anonymity and find the hackers that [China] repeatedly deploys against us," Barr added.

"This was a deliberate and sweeping intrusion into the private information of the American people,'' Barr said in a statement.

The case comes amid White House warnings on the political and economic influence of China. The Trump administration believes efforts are being made by Beijing to collect data on US citizens and steal scientific research and innovation.

The Justice Department said on its website: "The nine-count indictment alleges that Wu Zhiyong, Wang Qian, Xu Ke and Liu Lei were members of the PLA’s 54th Research Institute, a component of the Chinese military.  They allegedly conspired with each other to hack into Equifax’s computer networks, maintain unauthorized access to those computers, and steal sensitive, personally identifiable information."

In 2015 Experian, who along with Equifax and TransUnion are the three major consumer credit reporting agencies in the US, experienced a similar attack where roughly 15 million new customers of T-Mobile were affected.

Equifax last year agreed to a $700 million settlement with the Federal Trade Commission to compensate victims of the breach. The scandal resulted in the firm's then-boss Richard Smith losing his job.

The hacker had stolen personal information from 100 million credit applications made to one of the biggest banks in the US. Financial institutions are increasingly targeted by cybercriminals seeking valuable client data. (30.07.2019)

A group of hackers posted a message through two of Facebook's official Twitter accounts, weeks after apparently taking over accounts belonging to the NFL and ESPN. Both Facebook and Twitter confirmed the intrusion. (08.02.2020)