US campaigns double down on social media | World| Breaking news and perspectives from around the globe | DW | 06.11.2012

US campaigns double down on social media

Mitt Romney and Barack Obama have used the Internet to an unprecedented degree for their campaigns, and they've set records for the use of social media. Will their reliance on social media affect the poll's outcome? 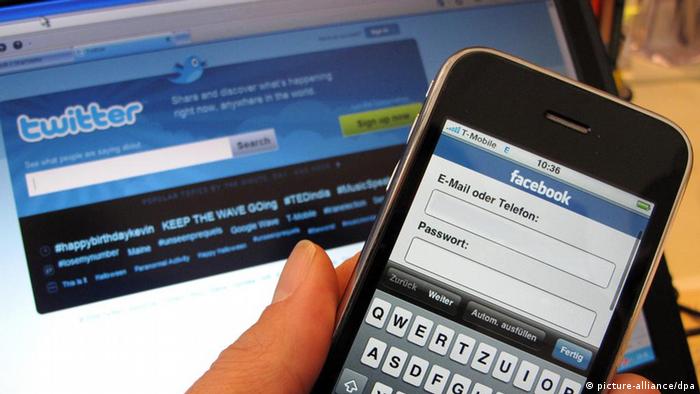 The election campaign in the US has set records when it comes to social media. Over 10 million Tweets, for example, were generated by the first televised presidential debate - within less than two hours. That makes it the most commentated event on Twitter of all time. In 2008, there were just about two million Tweets on the day of the actual election.

Four years after Barack Obama was hailed for his successful use of social media in campaigning, Internet networks have become equally essential to Mitt Romney's efforts. There are now ten times as many Facebook users and five times as many Twitter accounts as in 2008, and half of all US citizens are registered on Facebook.

2012 may mark a turning point; never before have US presidential candidates relied so heavily on the Internet to communicate with voters. 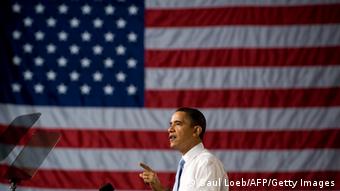 Obama pioneered the use of social media for his 2008 campaign

The two men vying for office advertise on YouTube channels, Tumblr blogs, Twitter and Google+ pages. They're also making use of platforms that target groups with special interests. Campaign helpers publish photos of the candidates at events as well as their supporters on the picture service Instagram.

First Lady Michelle Obama has used the popular Pinterest site, a kind of digital bulletin board, to post quotations from people who inspire her. And Mitt Romney's wife also uses Pinterest to share all sorts of things, including a recipe for pumpkin pie bites. Not to be left out, Barack Obama recently posted a playlist on music platform Spotify, featuring songs with a rock and soul vibe that are, of course, patriotic.

"[Social media marketing] is more effective than running the same television ads that people just tune out on," said Mike Gisondi of Socialbakers, a company specializing in social media analytics. He notes that, whereas TV ads are expensive, "Social Media is basically free. And you can analyse this stuff, you can look at it, you know what the comments are, you know what the feedback is."

It goes without saying that the candidates don't just publish things; they also get an earful from their followers. In the contentious US election atmosphere, a poorly chosen phrase can often set off a firestorm of discussion online, which the candidates then capitalize on. 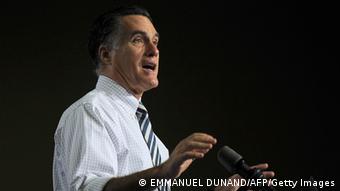 Romney has a lower fan base but a higher engagement rate

"We also have fewer horses and bayonets," Barack Obama quipped during the third presidential debate in reply to Mitt Romney's criticism that the Navy now has fewer ships than in 1916. The keyword horsesandbayonets became an immediate sensation on Twitter. As the debate went on, the phrase was posted hundreds of thousands of times within just a few minutes. And it didn't take long for someone to create a Tumblr blog in which users posted satirical collages and photos of Mitt Romney that riffed on the same theme.

It's no accident that social networks have played such a massive role in the election.

"Obama's campaign aides are going out of their way to encourage it," said US expert Curd Knüpfer of the John F. Kennedy Institute in Berlin. "They encourage people to make fun and send the links to their friends. It's not all as spontaneous as some would like you to believe."

But do the countless posts, Tweets and blog entries really have an influence on the outcome of the vote? The German tech firm SAP has put out web analytics software called the Net Sentiment, which is supposed to measure "passion intensity," the extent to which a given remark resonates with audiences online. The software suggests that the mood online during the final presidential debate was pro-Obama, but many of Romney's remarks were what set people off.

Followers may not be voters

Despite all of the analysis and reportages, no one really knows how the election will turn out and whether the candidates' strategies will pan out. Experts think the majority of the social media community has already long since made up its mind.

"People generally prefer to stay in contact with those who are in their same social circles," noted Knüpfer. "That means that you often end up seeing opinions presented on social networking sites that you were already acquainted with. If you're an Obama fan, you're going to prefer to look at things online that cast him in a good light."

Obama has three times as many fans on Facebook and more than ten times as many Twitter followers as Romney, but polls show the two men in a head-to-head match when it comes to voters. The number of fans and followers is hardly sufficient to make conclusions about the election, says Mike Gisondi.

"People like Obama on Facebook; he's the president. But that doesn't mean that they participate as much. Romney's smaller base is much more dedicated. He has a higher engagement rate which, is easier to achieve with a lower fan base," Gisondi said.

But participation in social networks can influence how many people get out and vote, according to a recent US study that looked at 61 million Facebook users. Researchers claim that when you indicate to people that their friends have already voted, then they are much more willing to go vote themselves.

The presidential election in 2000 offered a lesson in how important mobilizing voters can be when it comes to the outcome. That year, fewer than 0.01 percent of votes in Florida were decisive in putting George W. Bush into office.

In Focus: Race for the White House

Americans head to the polls on November 6 to vote for the next president of the United States. Barack Obama and Mitt Romney are fighting a neck-and-neck race. DW looks at the candidates and key issues of the campaign. (05.11.2012)