US businesses cut Republican party donations in wake of riot

The fallout from the Capitol siege has begun to hit the Republican Party in the wallet, with major businesses canceling their political contributions. 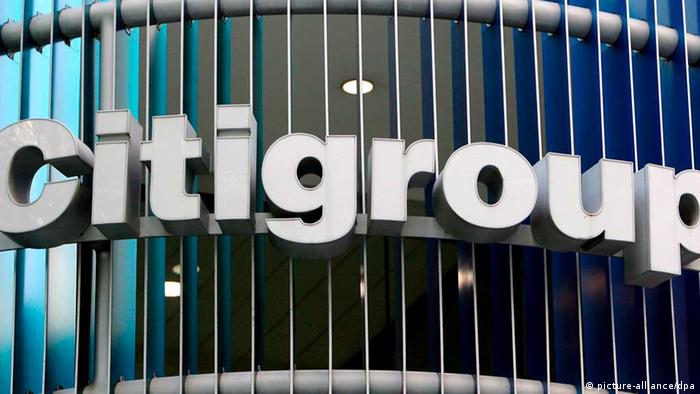 Citigroup, the third-largest bank in the US, has put a moratorium on political donations after violence broke out in the Capitol

Citigroup, JPMorgan Chase, Marriott International and a major health insurance company confirmed on Sunday that they were rethinking their political donations following the deadly Capitol siege on Wednesday.

"In light of this week's violent, shocking assault on the United States Capitol, and the votes of some members of Congress to subvert the results of November's election by challenging Electoral College results, BCSBA will suspend contributions to those lawmakers who voted to undermine our democracy," the company announced.

"We have taken the destructive events at the Capitol to undermine a legitimate and fair election into consideration and will be pausing political giving from our political action committee to those who voted against certification of the election," she said.

Big banks cut off both parties

Two of the country's largest banks, JPMorgan Chase and Citigroup, announced that they would pause all federal contributions to both Republicans and Democrats, not just the Republican lawmakers who sided with Donald Trump.

"The focus of business leaders, political leaders, civic leaders right now should be on governing and getting help to those who desperately need it most right now," said JPMorgan's head of corporate responsibility, Peter Scher. "There will be plenty of time for campaigning later," he added, according to The Wall Street Journal.

Candi Wolff, head of Citigroup's global government affairs, sent a memo to employees on Friday saying "we will not support candidates who do not respect the rule of law."

The memo also stated that the company had given $1,000 to Republican Senator Josh Hawley in 2019. Hawley, who represents the state of Missouri, where Citigroup has several employees, led the charge against Biden's confirmation.

Citigroup donated $742,000 to federal candidates in 2019-2020, 56% of which went to Republicans, the tracking organization OpenSecrets reported.

Other companies were asked about plans to end donations following the riot at the Capitol, but many had not made any decision about changes to contributions.

One of those, Ford Motor Co., announced on Sunday that "our employee PAC contributes to candidates who support policies critical to Ford's employees, communities and jobs. Events over the past year have underscored the need for a broader, ongoing discussion about other relevant considerations."

The US digital payments company Stripe announced on Sunday that it would no longer process payments for Trump's campaign website, hindering the president's abilities to raise funds.

Following the November election, the Trump campaign called on supporters to donate money to help pay for the slew of unsuccessful court cases that aimed to overturn the election results.

In a hit to Trump's branding value, the Professional Golfers' Association of America announced on Sunday that it was cutting ties with the president. The PGA board voted to not hold its premier championship — one of golf's four major championships — at Trump's New Jersey course.

The CEO of PGA of America, Seth Waugh, defended the decision, saying: "We're fiduciaries for our members, for the game, for our mission and for our brand. And how do we best protect that? Our feeling was given the tragic events of Wednesday that we could no longer hold it at Bedminster. The damage could have been irreparable. The only real course of action was to leave.''

Opinion: US law enforcement is a tale of two colors

The US Constitution promises equal protection under the law — BLM protesters would beg to differ. Police inaction on Capitol Hill shows that in Trump's America, white is still right, says Mimi Mefo Takambou.