US blacklists companies over oil trade with Iran 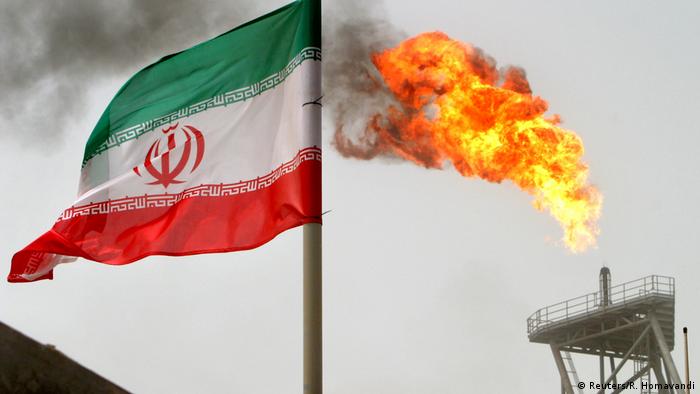 The blacklist was also extended to include two entities connected to the South African company, SPI International Proprietary Ltd. These companies were called out for trading in Iranian petrochemical products.

In a statement, Secretary of State Mike Pompeo said that the actions of these entities would "provide revenue to the regime that it may use to fund terror and other destabilizing activities."

The US said its sanctions on the identified entities would deprive Iran of income from its critical oil industry.

In a separate move, the State Department also announced sanctions against three Iranian scientists for their involvement in Iran's pre-2004 nuclear weapons program.

The US's decision comes a day after Russia and China requested the country to lift sanctions on Iran amid a massive coronavirus outbreak in the country. China's Foreign Ministry said that continued sanctions would hamper Iran's response to the pandemic and humanitarian aid.

Wednesday's decision appeared to indicate that the US plans to keep up its "maximum pressure" campaign on Iran despite the virus outbreak. Washington has been exercising economic and political pressure on Tehran to negotiate a new nuclear agreement, after Trump's decision in 2018 to unilaterally pull out of the 2015 Iran nuclear agreement, known as the Joint Comprehensive Plan of Action (JCPOA).

The US has previously sanctioned several Chinese companies for trading in Iranian oil. Despite US pressure, China continues to be the largest buyer of Iranian crude oil.

Several Iraqi air force personnel were injured in the rocket strike, north of Baghdad. The incident follows US airstrikes on an Iran-backed militia that Washington says is targeting its forces. (14.03.2020)

COVID-19-hit Iran asks IMF for aid amid US sanctions

For the first time in six decades, Iran has requested a loan from the IMF to fight the coronavirus outbreak. US sanctions have isolated the country from the global financial system. They could also stop IMF assistance. (13.03.2020)

US launches airstrikes in Iraq against Iran-backed militia

The Pentagon has confirmed that US forces carried out airstrikes against Iran-backed militia facilities in Iraq. The action comes a day after three personnel from the US-led coalition were killed in rocket attacks. (13.03.2020)