US-based Iranian monarchist Jamshid Sharmahd is now "in the powerful hands" of the Islamic Republic's security forces, officials have said. They did not say how the alleged terrorist mastermind ended up in their custody. 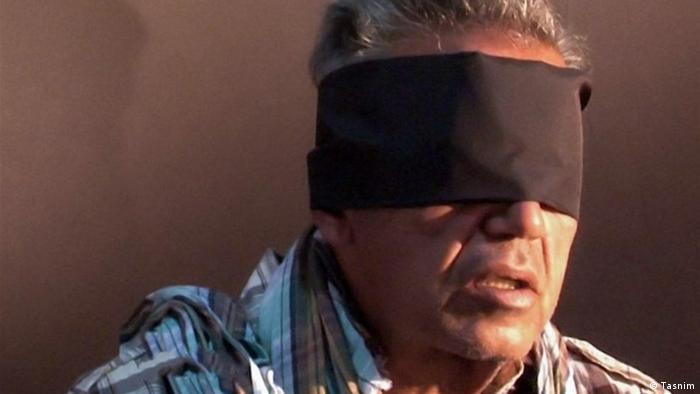 Iranian security forces have detained the man suspected of masterminding the 2008 Shiraz mosque bombing which killed 14 people and wounded 215, officials said on Saturday.

They claim Jamshid Sharmahd, the head of pro-monarchy militant group Tondar, "directed armed and terrorist acts in Iran from America." Iranian television showed a video of a man identifying himself as Sharmahd and later the same man wearing a blindfold, saying "They needed explosives and we provided it."

The officials say Tondar had planned several  "big operations" which have failed or have been foiled by Iranian officials, including plots to blow up a dam in Shiraz, use "cyanide bombs" at a Tehran book fair, and plant a bomb at the memorial of the late Ayatollah Khomeini.

Read more: Iran looks to partner with China, as the West steps back

The US-based Sharmahd is "now in the powerful hands" of Iran law enforcement, the authorities said.

However, they provided no details on how Sharmahd, who was operating out of the US state of California, ended up in Iranian custody. Tondar's website identifies Sharmahd as Iranian-German, but the German foreign ministry did not immediately comment.

Investigators point to a 'CIA agent'

Iran views Tondar (Farsi for thunder) also known as the Kingdom Assembly of Iran, as a terrorist organization. The authorities have asserted links between the group and several people who have already been executed over the 2008 bombing. Iran said some were taking orders from an Iranian US-backed "CIA agent" who was preparing an assassination of a high-ranking official.

In 2010, a suspected Iranian operative vanished before facing trial in California for allegedly trying to hire a hitman to assassinate Sharmahd. Observers believe the suspect most likely managed to flee back to Iran.

While it was not clear how Iran captured Sharmahd, its operatives are known for using family members and tricks to lure exiles back to Iran or to Tehran-friendly countries.

The country's opposition made a similarly cagey announcement regarding the arrest of former opposition leader Ruhollah Zam in October last year.

Washington "must be responsible for supporting terrorist groups which are inside of this country and carry out and lead terrorist acts against the Iranian people," the spokesman was quoted as saying by the Iranian state broadcaster.

The Saki base went up in flames, with Russia claiming an ammunition depot exploded, a story ridiculed by Kyiv. Meanwhile, Ukraine reports heavy shelling in Donetsk. Follow DW for the latest.

A man accused of being a member of the so-called Islamic State's "Beatles" terror cell has been charged with terrorism offences in the UK. The notorious cell murdered foreign hostages in Iraq and Syria.