US and UK expect Yemen ceasefire in coming days

Fighting between Yemen's exiled government and Houthi rebels who control much of the country could soon end. London and Washington have urged warring parties to declare a ceasefire which they say could start within days. 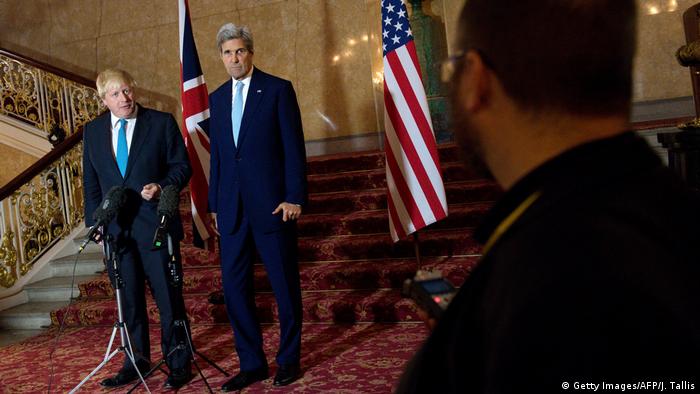 "This is the time to implement a ceasefire unconditionally and then move to the negotiating table," US Secretary of State John Kerry told reporters after a meeting with the foreign minister of Saudi Arabia in London. "We cannot emphasize enough today the urgency of ending the violence in Yemen," Kerry said, adding he wants to see a truce ''as rapidly as possible, meaning Monday, Tuesday."

The United States said it wants an unconditional ceasefire to end violence between Iran-backed Houthis and the government, which is supported by the Gulf states.

Meanwhile, the Saudi-led coalition has blamed an airstrike that killed over 140 people at a funeral ceremony in Yemen on "erroneous information" received from a "party" affiliated with the country's embattled government.

The airstrike, which struck the capital of Sanaa October 8, was one of the deadliest single attacks in the country's civil war, a UN official said.

The so-called "Islamic State" (IS) group has claimed responsibility for a car bomb attack in the port city of Aden. Earlier this week, John Kerry flew to Saudi Arabia to discuss the ongoing conflict in Yemen. (29.08.2016)