Uruguay wages successful fight against COVID-19 | World | Breaking news and perspectives from around the globe | DW | 22.08.2020

Uruguay is warding off the coronavirus pandemic better than other Latin American nations. The country's low population density and a robust health care system are big factors in its success. 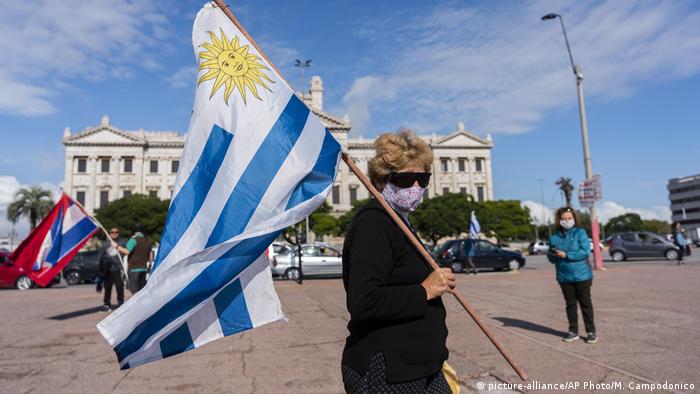 Latin America has been in the grip of the COVID-19 pandemic for weeks. Along with the United States, the region forms the epicenter of the global outbreak. But there is an exception to every rule: Uruguay has an impressive record in fighting the disease in comparison with many other Latin American countries.

According to the European Centre for Disease Prevention and Control (ECDC), the small South American country has registered 1,516 cases of coronavirus infection and 42 deaths from COVID-19 since the epidemic began there on March 13.

"At the beginning, the desire for national unity was pivotal. All the key actors came together to tackle the pandemic from all sides," Giovanni Escalante, the Pan American Health Organization (PAHO) representative in Uruguay, told DW. He added that the country had always been outstanding for its good system of active epidemiological surveillance. 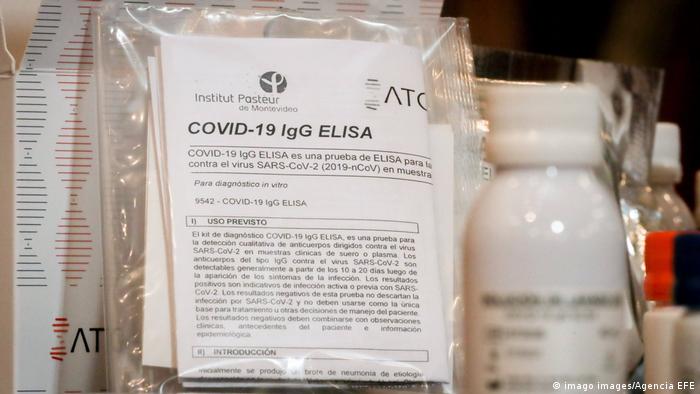 In Uruguay, 50,000 test kits were developed to check for antibodies in people with COVID-19

Gonzalo Moratorio, a professor in the science faculty at the University of the Republic in Uruguay, told DW that there had been "an unprecedented consensus between the country's political decision-makers, scientists and academic sphere." In his view, this allowed Uruguay to make full use of highly qualified experts who could help in the detection and tracing of the disease — an aspect other countries had neglected.

A study published a few days ago provided data showing how well the country has done in terms of tracing the spread of the disease: In the first three months of the pandemic, there were never more than five generations of spread, and in most case the spread was stopped after just two generations.

Escalante believes that the small country had learned certain lessons well ahead of the pandemic. "Uruguay has gathered hugely valuable experiences in controlling outbreaks, like the measles epidemic in 2019." There, the authorities responded quickly with a massive vaccination scheme that allowed the situation to be brought under control.

Health as a right, not a burden

But the epidemiological surveillance system is only one part of Uruguay's robust health care system, which, both experts agree, has served as a vital firewall. "It is one of the most resilient health care systems in Latin America and there has been sustainable investment in it over a decade," Escalante said.

He said there was political consensus in the country regarding the importance of this health care system, which had allowed it to survive all the country's political ups and downs. "In Uruguay, there is a general notion that money spent on health is not an expensive burden, but an investment," Escalante said.

In addition to these ambitious health policies, there are also high levels of investment in education and social infrastructure. Uruguay's National Care System is a regional benchmark in areas such as the care of young children and of the elderly and infirm. The country was also the first in Latin America to allow pupils back to school despite the pandemic. 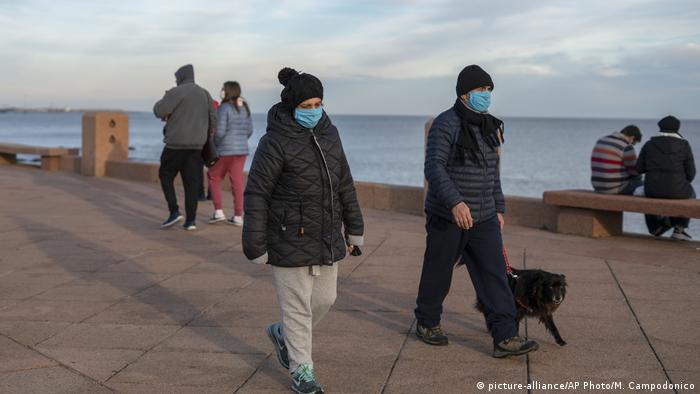 The country's demography also plays a major role. According to Gonzalo Moratorio, the country's low population density makes it easier to control outbreaks of disease. In addition, he said, the capital, Montevideo, where half of Uruguayans live, was "a city that has managed to maintain a balance in the distribution of public green areas and public spaces."

Rules on physical distancing are impacting on everyday life in Uruguay as well. Disciplined behavior on the part of the population has avoided any compulsory quarantine measures so far, but loneliness, depression and mental illness are on the increase, said Moratorio.

And, he said, the situation could turn around at any time. "As long as neighbors such as Brazil are not capable of bringing the pandemic under control, cooperation at the borders will remain a priority," he said, adding that one of the biggest challenges was to keep improving the diagnostic and warning capabilities.