In normal years, tourism in Chile's natural paradise, Pucon, is thriving. But with travel restrictions amid a pandemic, residents whose livelihood is dependent on tourism are suffering — with no clear end in sight. 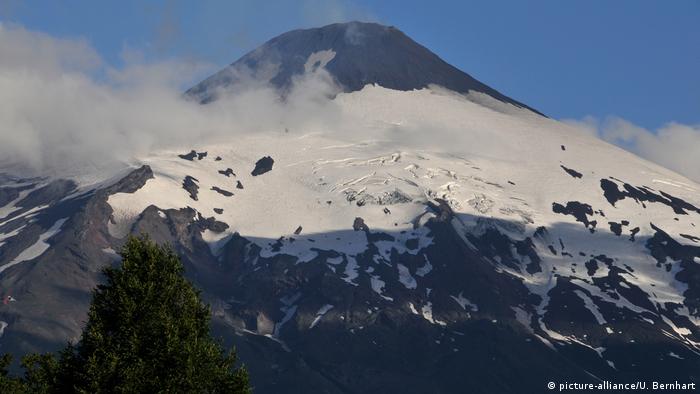 Smoke rises from Villarrica, one of South America's most active volcanoes. Visitors to the city of Pucon are continually amazed at the sight. For residents, though, it is a perfectly normal sight. What is not normal for them is the emptiness of their city, which is usually one of Chile's most-visited locales and a popular stop for outdoorsy travelers. Here, in the summer season between December and April, there's nothing one can't do: trekking, rafting, riding, mountain biking, kayaking, parasailing. And, of course, trekking tours to Villarrica and Quetrupillan, another nearby volcano. At the height of tourist season, the city is swarming with visitors — and workers from the tourism sector cashing in on them. Mid-March this year was the height of the tourism season — then the coronavirus pandemic took hold, and everything changed, cutting of all forms of income for many of Pucon's residents. 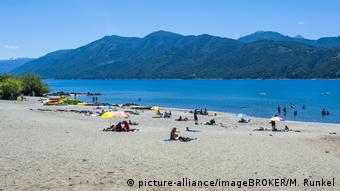 A picture of better times: In Pucon, all hopes are on the 2020 summer season

No tourists — no income

As a rafting guide, Ricardo Pineda earns his money in the summer. But this year he hadn't earned enough by the time the pandemic cut off his income. As of mid-March, his income stopped, and now his savings have run out. The 27-year-old has spent all his money on rent and food. Now, in the Chilean winter, he has no more money to buy firewood for the wood-burning stove that heats his apartment. He never thought that the pandemic would cause such a desperate situation. He cannot wait any longer for the financial help his government has promised to give to freelancers. And the city administration? "They do not take care of us enough. They know that tourism brings money. But they don’t seem to care about helping us tourist guides." 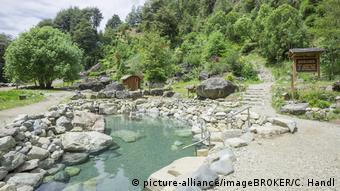 Pucon is renowned for its thermal springs, which in normal years are major tourism draws

Tourism is one of the main sources of income for the almost 29.000 residents of Pucon. The Villarrica looks out over the landscapes of the La Araucania region, speckled with deep green woods and cobalt blue lakes. In the summer it is a hiking paradise; in the colder months a winter sports paradise. But in the winter Pucon is less visited than in summer — though the volcanoes Villarrica and Quetrupillan are still a major draw for winter sports fans. In effect, tourism brings income into local coffers year-round. Some 300,000 visitors stream into the region annually.

This year, the ski center and national parks are closed. Only a few restaurants are open, and they are just offering take-away meals. The city's streets are abandoned. In recent years, some 15,000 to 40,000 visitors vacationed in La Araucania in July — with Pucon one of the most popular destinations. Currently, due to travel restrictions and quarantine measures, not even domestic visitors are coming — though they, along with Argentinian travelers, are usually some of the main visitors.

There are still a few locals holding out hope for a good summer. December to April is usually the high season, and record numbers of visitors were expected for this year — up to one million by around December 14 of this year. These projections were based on the upcoming total solar eclipse, which will be perfectly visible from the southern parts of South America. Pucon will be one of the best viewing locations in the world.

Residents had expected an exceptional season — not because of the coronavirus, but rather because of the potential masses of tourists. "My tours were all sold out for the day of the solar eclipse. Now no one knows whether people can even travel here. No one knows whether Pucon, whether Chile is sufficiently prepared to open its doors again," says Joaquin Figueroa. Five years ago, the 44-year-old became a freelance guide working with a trekking tourism agency. 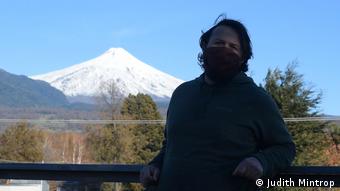 Figueroa hopes that he can survive this period before tourism picks up again. His savings will last through the end of the year. Along with the work he gets from the agency, he runs a small school for rafting and mountaineering. "You don't become a millionaire with it, and it doesn't help to pay back loans. But at least that way I can give my colleagues work," he says. He currently employs seven people. "I pay what I can pay. It's not much. But it's enough to buy food and cover the utility bills for water, electricity and heating." There are 37 trekking agencies in the area, and all of them are in existential times now. No one knows how many will be able to survive the crisis.

Ricardo Pineda is among those who have been devastated by the crisis. A few weeks ago, when his food rations ran out, he had to accept help from a food bank for the first time. The donations are organized by local tourism operator Veronica Castillo, who has become a place to go for people in need. "I couldn't sit at home anymore, with internet and TV and just not doing anything," she says. Castillo was born in Pucon and is very connected with others there. She now collects donations and food to distribute to those in need.

Castillo is disappointed in the city authorities. "In my opinion, the authorities should visit people, bring them medicine and help them to meet their daily needs. They have the opportunity, the money, the networks and the connections necessary for it," she says. In her 21 years in the tourism industry, she's seen a lot: "I'm from a generation that has been struck time and again. We’ve lived through major earthquakes, tsunamis, the volcanic eruption of 2015 and now this pandemic." 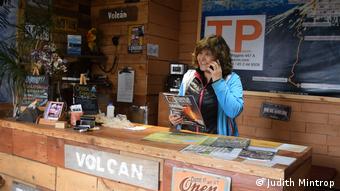 Despite the tough times, most people don't doubt that things will get better. "If tourism doesn't recover, then we'll have to restructure. Maybe I'll open a kiosk. You can't just stick your head in the sand. We Chileans are good at gathering our strength and pulling through," says Figueroa.

Castillo does not want to give up hope: "I believe all tragedies bring a positive side as well. This pandemic is a clear stop sign that the Earth has given us. Hopefully we will notice now that we have to take care of our Earth and not pollute our forests and oceans any more. I believe that through the pandemic we will learn, and I hope that those in charge in government have recognized what matters. Because they’re the ones steering things."

The number of infections is constantly rising and the flattening of the infection curve seems to be a long way off. Were the strict lockdown measures in Latin America ineffective?