Upcoming state elections a litmus test for Merkel′s refugee policies | Germany | News and in-depth reporting from Berlin and beyond | DW | 09.03.2016

Polls in three German states will likely reflect voters' views on the Chancellor's refugee policies. Her political end might be near if her CDU Christian Democrats lose and the rightwing populist AfD wins. 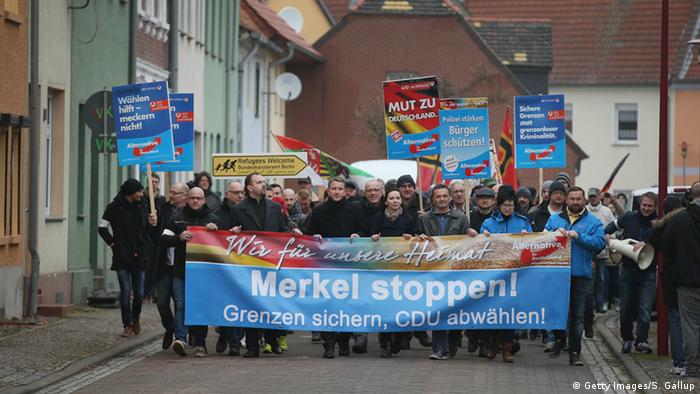 With a population of about 25,000, no unemployment to speak of and many small and medium-sized businesses, Ellwangen in eastern Baden-Württemberg is a prosperous small city.

The Christian Democrats (CDU) rule here - at least they have until now.

In 2014, Ellwangen made headlines with its decision to take in up to 1,000 refugees. The town became known for its open-arms policy. But the number of refugees skyrocketed, and by mid-2015, the city was housing 4,600 asylum-seekers.

On Sunday, about 12.6 million Germans are eligible to vote - out of about 62 million eligible nationwide - in state elections in Baden-Württemberg, Rhineland-Palatinate and Saxony-Anhalt. Never before has their vote carried so much weight on the national stage. Typical state election issues, like education and police matters, are clearly dwarfed by national refugee policies.

The fact, however, that Merkel categorically abided by her open border principle has created chaos in the ordered ranks of the usual political slugfest these past months. 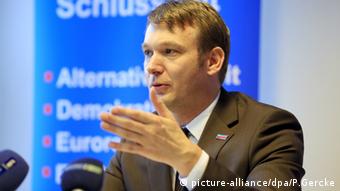 Opposition politicians have applauded Merkel's open door policies, while about a third of the CDU party members openly oppose their leader. A topsy-turvy world. Merkel's Bavarian CSU sister party has even threatened to take the chancellor to court. The mood among party members in local chapters vacillates between aggression and resignation. Clearly, there's rarely been an issue that has had such an impact on the country and its political parties as whether Germany should take in large numbers of refugees.

One party that has benefitted from this crucial test for society is the Alternative for Germany (AfD.)

Success thanks to Merkel's refugee policies

Never before has a political organization grown as quickly as the AfD, without barely lifting a finger. Fueling fears of refugees among allegedly level-headed citizens was enough to strengthen the party in just a few months' time. Pollsters predict that the AfD, which already has seats in five state parliaments, will win more than 10 percent of the vote in all three states on Sunday and win seats in those states as well.

Voters in Baden-Württemberg have once before gone to the polls at a time when the number of asylum-seekers was on the rise. Back in 1992, the Republican Party won a double digit percentage of the vote.

In 2016, the focus is on the AfD. A populist party establishing itself to the right of Germany's traditional conservative parties is a nightmare for the CDU.

Saxony-Anhalt and the fear of change 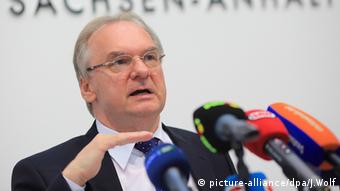 Nowhere is the irritability at the social change the country is undergoing as pronounced as in eastern Germany. Sociologists and pollsters agree that the constant change since the fall of the Berlin Wall in 1989 has kept people on their toes to the point that change of any kind is regarded as an imposition.

Saxony-Anhalt Premier Reiner Haseloff - where two million people are eligible to vote - made a clear political shift to the right in the wake of the refugee influx. Apparently, that hasn't helped much because popular support for the CDU has been waning while support for the AfD has increased.

Within the CDU's regional group in Saxony-Anhalt, some feel Merkel's refugee policies have "failed completely." The state can't integrate more than 12,000 refugees per year, Haseloff says. According to the state refugee council, more than 41,000 refugees had arrived by the end of 2015; a third of those, the council added, moved on to other destinations.

The AfD will most likely change the constellation of coalitions in the states and in Berlin, political analysts say - also as a result of the chronic weakness of the Social Democrats (SPD.) To make sure the rightwing populists don't end up in the government, analysts predict it might take three parties to form a ruling coalition in the federal states and the national parliament in the future.

Winfried Kretschmann says he prays for Angela Merkel every day. That's commendable for a practicing Catholic, but comes as a surprise from a Green Party state premier. 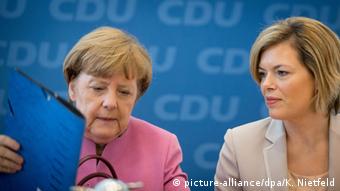 Klöckner (r.), here with the chancellor, is one of Merkel's favorites

The 67-year-old leads the state government of Baden-Württemberg - originally a CDU stronghold - and is widely accepted not only among the environmental Greens, but also among SPD and CDU voters.

Despite a short stint in the Communist party ("that was a fundamental mistake," he says) when still a college student, the former chemistry and ethics high school teacher has ruled his state in an almost presidential manner for the past five years.

Torn between loyalty and attacks

The situation is completely different for top CDU candidate Julia Klöckner in Rhineland-Palatinate. No other CDU member is better at balancing demonstrative loyalty to Angela Merkel on the one hand and controlled jabs at Berlin's refugee policies on the other. The 43-year-old daughter of a winemaker is a master of "both…and" policies. She has been one of Merkel's deputies in the party since 2012, and is regarded by many as the chancellor's heir apparent.

Klöckner realized early on that the refugee situation was going to be an ongoing, explosive topic - and certainly one that could sway voters on March 13. It's been on her campaign agenda ever since. Klöckner manages to sound like a Merkel critic, indicating that she takes citizens' concerns seriously, while at the same time, she remains loyal to the chancellor, supporting Merkel's European refugee policy plans. With relatively weak results expected for the CDU in all three states, Julia Klöckner might still be the winner.

As the populists move into the ideological vacuum left open by the less and less conservative CDU, the consequences can be felt across the east of Germany. DW's Elizabeth Schumacher reports from Magdeburg. (09.03.2016)

With a stagnant economy and fears over the refugee crisis, mainstream parties in this eastern German state are losing voters in the lead-up to Sunday's polls. DW’s Elizabeth Schumacher reports from Magdeburg. (08.03.2016)